Two arrested for firing at BJP leader in Udaipur 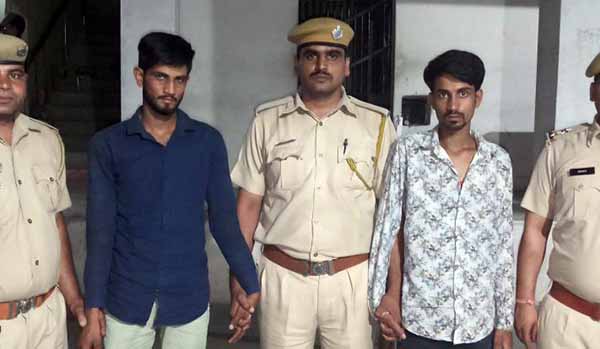 Two arrested for firing at BJP leader in Udaipur.

During preliminary investigation it has come up that they fired at Kundan Chouhan over a parking dispute.

“Sohail told the police that one Harish Goswami had a dispute with his uncle Mahmood Hussain over parking a few days ago. Kundan sided with Harish. An FIR was registered with Ghantaghar police station in Udaipur. The police arrested Sohail’s father in this connection. Sohail wanted to take revenge,” said SP Udaipur Rajendra Prasad Goyal.

Sohail and his four friends including Sameer and Jameel hatched a plan. They found Kundan alone at his shop. On seeing them, Kundan tried to run away, but Sohail fired at him.

The police have already detained two minors in connection with the attack while a search is on for other accused.

Kundan is an office bearer of Bhartiya Janta Yuva Morcha.