Dayodaya Express train derailed in Jaipur on Friday while it was on its way to Ajmer from Jabalpur. 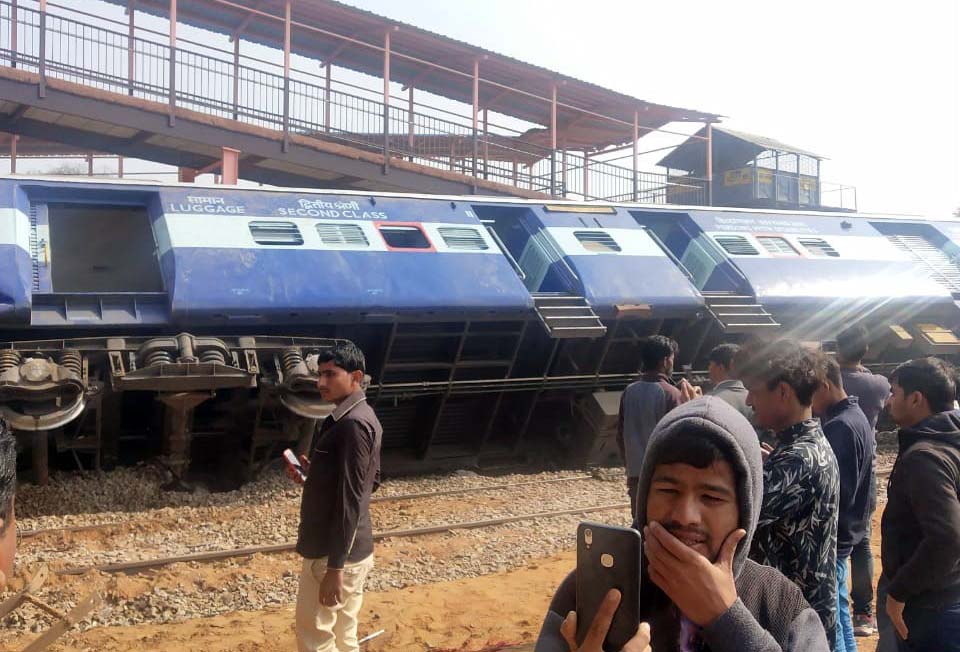 Jaipur: Dayodaya Express train derailed in Jaipur on Friday while it was on its way to Ajmer from Jabalpur. According to preliminary reports, some passengers sustained minor injuries in the mishap; however police and district administration refused to confirm this till the reports last came in.

The railways administration launched a helpline number where people can get details about the accident. Senior railway officials said that only the loco pilot sustained minor injuries in the accident. No passenger was hurt.

A huge crowd of nearly residents gathered at the spot as the news of train accident spread in the area. Rescue teams also rushed to the spot. Senior police and administration officers confirmed that an engine and a bogie of the train detailed, but no loss of life has been reported.

According to preliminary reports, the train was on its way to Ajmer when the accident occurred.

“Rescue teams have been rushed to the spot by the railways, district administration and the police. The area is being cordoned off and we are trying to find out if anyone was injured. Ambulances have also been rushed there. There is no report of casualty so far,” said an officer.

What caused the train accident is yet to be ascertained.

Sanganer MLA Ashok Lahoty reached the spot after getting the information about the train mishap. Jaipur Ramcharan Bohra had a telephonic conversation with senior railway officials.