The administration had already imposed section 144 of CrPC on Thursday, banning any gathering of five or more people. Internet services were also banned. 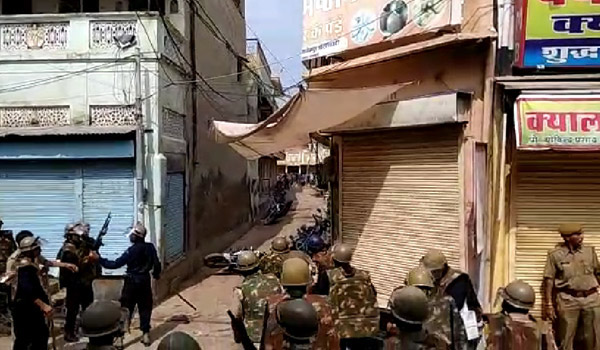 Jaipur: Police and administration failed to restore law and order in Malpura town of Tonk district in Rajasthan even a day after communal tension broke out. The administration has to impose curfew in the town after people clashed with police at several places. Police had to resort to lathicharge and there were reports that they used tear gas to disperse the crowd of rioters.

The administration had already imposed section 144 of CrPC on Thursday, banning any gathering of five or more people. Internet services were also banned.

Communal tension broke out in Malpura when a religious procession on its way to the town from Bisalpur was attacked by the members of another community. At least 16 people were injured in clashes between two groups of people. The member of a community also blocked Jaipur-Kekari highway in protest of the attack on the religious procession. The crowd set ablaze an ambulance, police vehicle and a Rajasthan Roadways bus.

The administration imposed section 144 of CrPC and banned Internet services. Heavy police force was deployed in the town. The markets in the town remained closed in the evening.

The law and order situation in Malpura worsened on Friday as people continued to protest demanding immediate arrest of people involved in attacking the religious procession.

The clashes with police were reported at several places in the town.