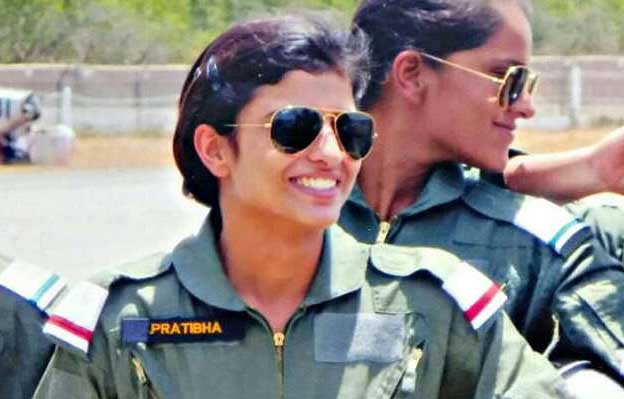 Jaipur: True to the literal meaning of her name, Pratibha Poonia is not an ordinary girl, though she belongs to a nondescript village in Rajasthan. She is among the only five women fighter pilots of the Indian Air Force.

A native of Narwasi village in Churu district, Pratibha is a living example of how any dream can be achieved through sheer determination and hard work. When asked what one advice she would give to someone in his or her twenties, she says, “Never ever get bogged down by defeats”.

Pratibha was in fact rejected six times before she was accepted as a fighter pilot with the Indian Air Force.

She came to her native village on Sunday and shared with the villagers some tips on how to achieve dreams and make it big in life.

“I had participated in the Independence Day parade and when I saw Indian fighter jets giving a spell bounding performance, I immediately knew what I wanted to do with my life. It was such a great display of courage that I decided then and there that I would join Indian Air Force and become a fighter pilot,” said Pratibha.

There was a problem though. “I didn’t have any clue about eligibility criteria or other things like that. I googled it, collected some information and it went from there,” said Pratibha.

Pratibha did her schooling from the only government school in her village and then joined NCC to follow in the footsteps of her father Chhoturm who is an ex-armyman. Pratibha took horse riding lessons.

“My biggest challenge was to learn English. It took a lot of time and determination because English is an alien language in our village,” said Pratibha.

Support from the parents

Pratibha was fortunate to have parents who not only adored her, but also always encouraged her to pursue her passion and dreams no matter where they led her.

“When I was born, my parents performed all the rituals that are strictly reserved for a boy’s birth. They faced protest from the villagers, but it didn’t dissuade them from celebrating the occassion,” said Pratibha.

She said that nothing was impossible in life.

“You can achieve anything you want if you work hard with the right mindset and preparation,” said Pratibha.