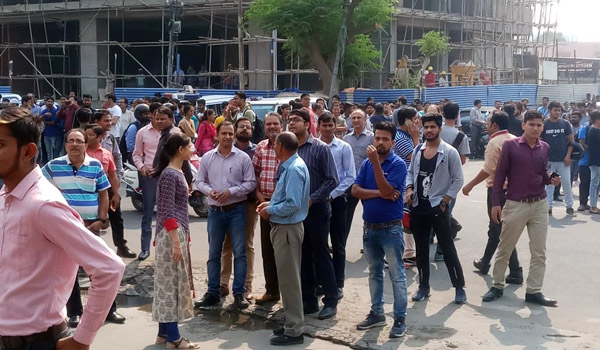 Chaos during the terror attack mock drill at Gaurav Tower of Jaipur.

Jaipur: Panic gripped Gaurav Tower (GT) in Malviya Nagar area after the news that two armed terrorists had barged in spread on Monday. The police force with several teams including dog and bomb disposal squads reached the spot. The visitors were evacuated from the spot. The administration revealed later that it was a mock drill. 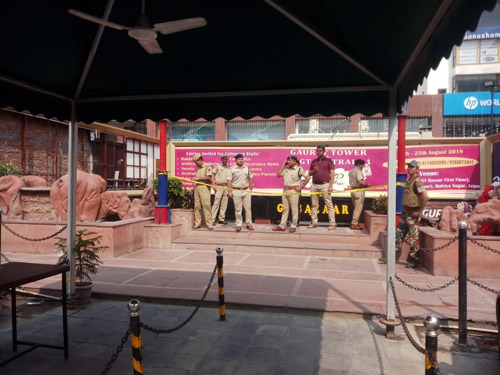 Police officials during the mock drill at Gaurav Tower (GT) in Jiapur.

As soon as the information was received, Jaipur police along with security personnel from many agencies reached there. The emergency alarm was sounded and people were evacuated. After the attack was declared a hoax, the administration revealed that it was a mock drill to check the preparedness of security agencies for handling a terror attack.

As part of the mock drill, two miscreants with weapons entered the mall and created a terror attack like situation. This mock drill created panic situation among people present in the mall. Everyone was running out. There were not a lot of customers though as the shops had just opened when the mock drill was conducted.

“This exercise was conducted by the administration to check the security measures and operational preparedness for handling these kinds of terrorist insurgency,” a police officer said.