The deceased has been identified as Rahul Dixit (28), a resident of Vijay Baadi near Sikar Road in Jaipur. The aspiring TV actor had moved to Mumbai to try his luck at modelling and acting. 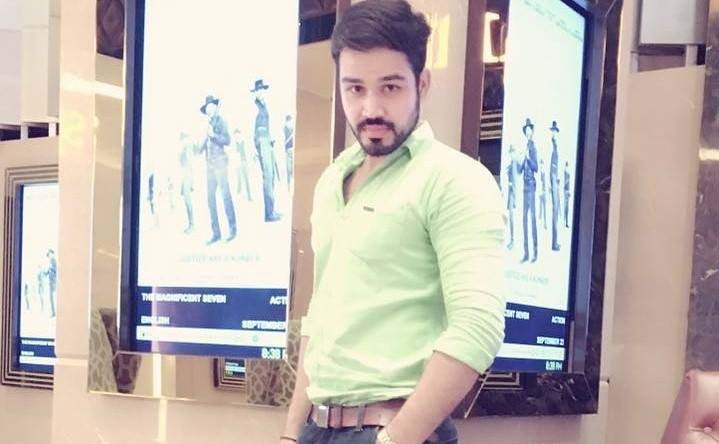 Rahul Dixit from Jaipur who was found dead under mysterious circumstances in Mumbai. Photo from his facebook page.

Jaipur: A 28 year old man identified as Rahul Dixit who was an aspiring model and TV actor from Jaipur died under mysterious circumstances at his rented accommodation in Mumbai on Wednesday. It is suspected that he committed suicide; however, his family members alleged that his girlfriend was behind his death and didn’t rule out the possibility that he was murdered. His body was brought to his Jaipur residence on Thursday. Police didn’t recover a suicide note.

The deceased has been identified as Rahul Dixit (28), a resident of Vijay Baadi near Sikar Road in Jaipur. The aspiring TV actor had moved to Mumbai to try his luck at modelling and acting.

According to the reports, Rahul took his life by hanging from a ceiling fan at his residence at Oshiwara in Mumbai.

Rahul’s father Mahesh Dixit has accused a girlto be behind the death of his son on the basis of a series of Facebook updates that Rahul posted on his facebook wall.

According to Mahesh Dixit, Rahul was into a live-in relationship with the girl. They both wanted to get married but she refused at the last moment. After several complications, the marriage was fixed in December.

The woman came to Jaipur seven days prior to the wedding date and took Rahul to Mumbai by blackmailing him. They were not at good terms for a long time.

Mahesh dixit said, ‘My son cannot commit suicide. He has been killed by the woman, he was in love with her. I had a conversation with Rahul on Monday, everything was fine till then. Suddenly, his neighbors from Mumbai informed us about the incident on Wednesday. We found out that there are several wound marks on Rahul’s body. He was murdered.’

The family members are demanding speedy probe into the matter and justice for their son Rahul.