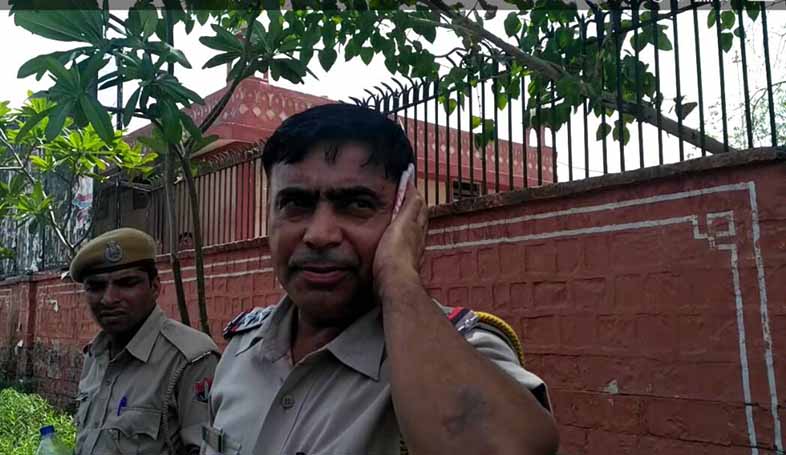 Moti Doongari SHO was injured during student protest against cancellation of B.Com exam on Friday.

Jaipur: The ongoing student protest at Rajasthan University against cancellation of B.Com papers turned into a serious law and order situation on Friday.

Protesting students indulged in pelting stones at policemen outside the Vice – Chancellor secretariat. They damaged the V-C’s car. As a couple of policemen including Moti Doongari station house in-charge sustained injuries, the cops resorted to a mild lathicharge to disperse the swelling crowd of students. 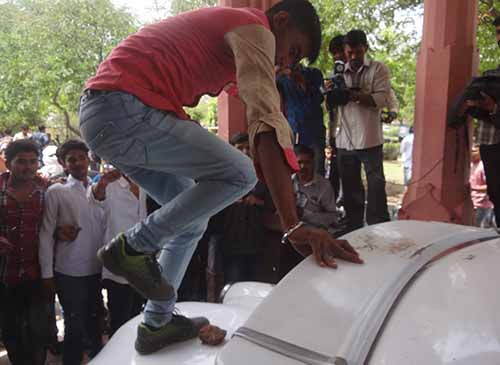 The students had been protesting since Thursday after the RU administration cancelled five out of six BCom Part 3 papers and released new dates for re-exams. The last minute decision to cancel the papers left students in the lurch as their plans for admission to PG courses would be hampered due to the delay in results, the protestors alleged. The exams were cancelled following the paper leak scandal.

Chetan Yadav, an NSUI leader and former vice president of Rajasthan College said that the students were protesting peacefully when the police lathicharged them.

“Our voice is being stifled. The carrer of thousands of students is at stack, but nobody is bothered. We will fight the RU administration tooth and nail,” said Yadav.

He added that RU cancelled the papers at the last moment.

He further said, “Now thousands of students who were planning to appear in exams to pursue career are stuck. They should have conducted exam earlier if they had to. If some professors of RU are involved in dubious activities like paper leak, why should students suffer for that?”

Students gathered outside V-C office on Friday as well. They first sloganeered and then damaged V-C’s car. They punctured the tyres also, prompting the administration to call police.

As police force arrived at the spot, the students started pelting stones.

The police resorted to lathicharge and forced the students to retreat to the university gates. 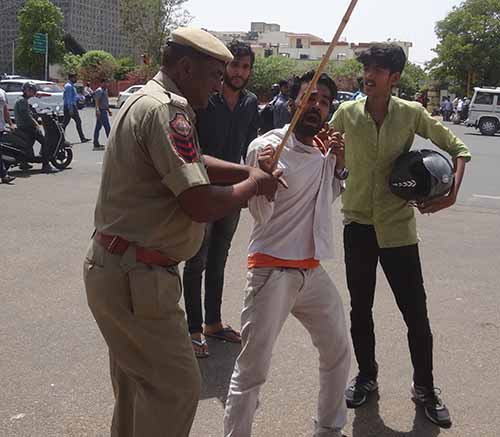 One policeman was injured in the stone pelting.

“Over 12 students have been taken into custody for disrupting peace and stone pelting. Additional police force has been deployed to maintain law and order situation,” said a police officer.

RU had declared new dates for five BCom Part – 3 papers, but bowing to the student protest, they have again changed some dates. Here is the revised schedule:

The RU administration said that no changes have been made in the examination centres. Students will be allowed entry with their old admit cards.