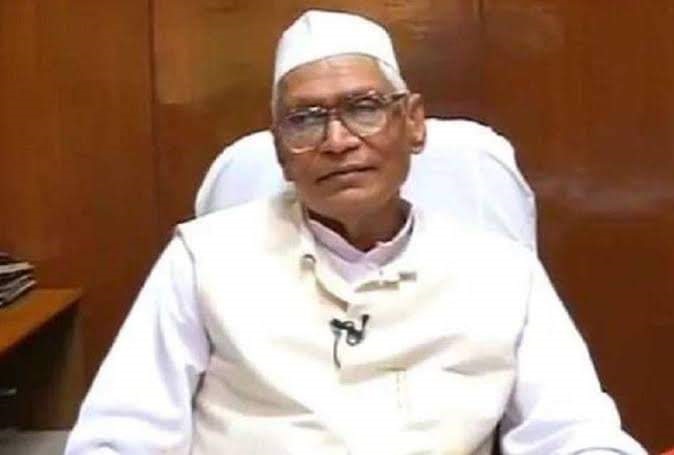 Jaipur: Senior Congress leader and ex-chief minister of Rajasthan Jagannath Pahadia died of Covid-19 infection at a hospital in Gurugram on Wednesday night. The Rajasthan government has declared a day-long state mourning over the demise of the 89-year-old veteran politician. His wife is also battling with coronavirus. He was cremated with state honours in Gurgaon. On his death, the Rajasthan government declared a holiday in government offices.

The national flag will be flown at half-mast on all government buildings in Rajasthan. A meeting of the Council of Ministers presided over by chief minister Ashok Gehlot was called on Thursday to pay tribute to Pahadia.