People are not able to buy stamps for registry deeds due to the strike of vendors and advocates. The strike is being supported by the District Advocate Bar Association. 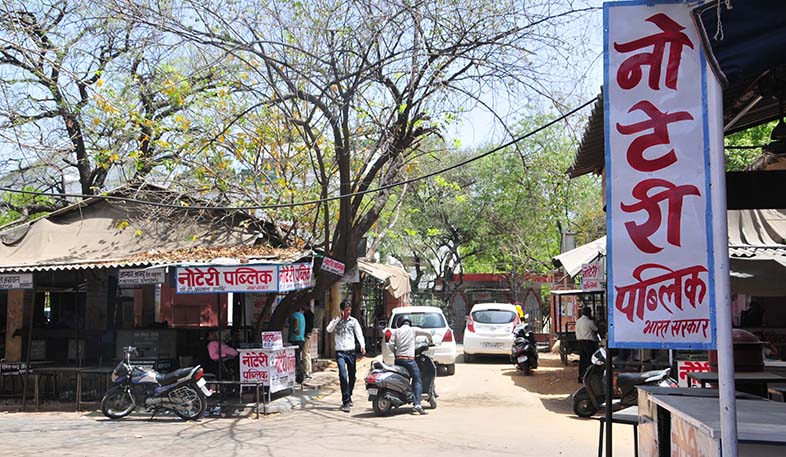 Jaipur: The ongoing strike against the Rajasthan government’s eGRAS scheme has brought registry-related works including registry of houses, flats and land, tenancy deeds, power of attorney and gift and lease deeds to a standstill. E-stamping is also unavailable. People are not able to buy stamps for registry deeds due to the strike of vendors, deed writers and advocates. The strike is being supported by the District Advocate Bar Association. The registry workers and deed writers are protesting against the government’s eGRAS scheme. The government is incurring a loss of nearly Rs.5 crore daily due to the strike and the registry of houses, flats, lands, tenancy, power of attorney and gift and lease deeds is on hold. People are forced to postpone buying and selling lands, flats and houses. Strike of stamp vendors, advocates and typists against the eGRAS scheme continued on Tuesday as well. The district advocate bar association president Sunil Sharma said about 1000 registries takes place across the city on a daily basis. “The government is not responding to our demands and sticking to their decision leading to loss to revenue. The government is responsible for the problems that people are facing due to the strike,” he said. Online Government Receipts Accounting System (e-GRAS) is an e-Governance Initiative of Government of Rajasthan under Mission Mode Project category and is part of Integrated Financial Management System. E-GRAS facilitates collection of tax/non tax revenue in both the mode online as well as manual.
Follow @ThePinkcityPost