Kuldeep's father is serving in the army. 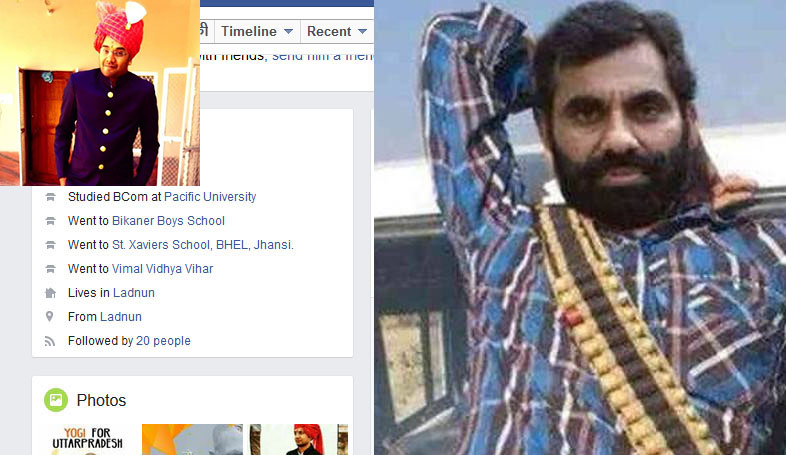 Kuldeep Singh was arrested for operating a fake Facebook page in the name of Anandpal Singh.

Jaipur: Nagaur police on Monday arrested a 22-year-old St Xavier’s School alumni for operating a Facebook page in the name of absconding criminal Anandpal Singh. Anandpal Singh is the most wanted criminal in Rajasthan. The youth arrested by the police not only operated the page, but also implied that it was being run by 'real' Anandpal Singh. The youth, identified as Kuldeep Singh Solanki is a resident of Nagaur’s Ladanu. On his Facebook page, Kuldeep claims to be a former student of St Xavier’s School in Jhansi. Kuldeep, son of an army jawan, did BCom from Pacific University, according to his Facebook page. 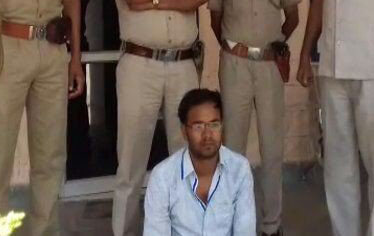 SP, Nagaur Paras Deshmukh said that the police had been receiving complaints of Facebook messages containing threats and posts that could have possibly disturbed social harmony. “SHO, Ladanu Nagar Mal Kumawat launched an investigation and found that Solanki was running a Facebook page in the name of Anandpal,” Deshmukh said. One of the posts on this Facebook page had created a stir. The message posted on January 29 said – “Either will come back after hoisting the tricolor or I will come back wrapped in it. But I will be back for sure”. SP Deshmukh told The PinkCity Post that he was not sure if Kuldeep was a St Xavier’s alumni, but SHO, Ladanu who made the arrest confirmed this fact. “His father is serving in the army, while his grandfather retired from the force,” said SHO. Anandpal Singh, the most dreaded criminal in Rajasthan, fled from custody in September, 2015. He was being taken to Ajmer high security jail from Nagaur after a court hearing when his aides intercepted the police vehicles and opened fire and freed Anandpal.
Follow @ThePinkcityPost