St. Anselm School girl who jumped off building over poor marks in recovery 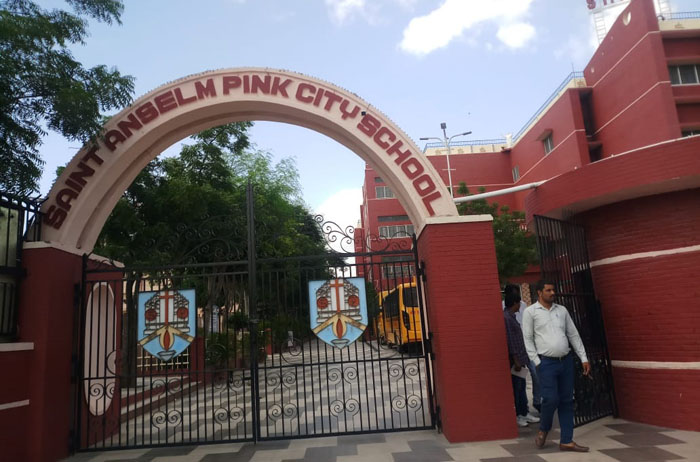 Jaipur: The Class 6 student who jumped off the third floor of her school building at St. Anselm's Pink City School, located in Malviya Nagar is recovering. The incident has exposed the pressure of studies that the students are reeling under in the city. Deputy chief minister Sachin Pilot said in a tweet that the students shouldn’t be pressurized for good marks.

According to the police, the incident occurred at around 1.30 pm. The girl whose identity we are not disclosing, jumped from the third floor of the school building and was seriously injured. The shocked members of staff and other students rushed to her rescue. She was taken to a hospital where she is undergoing treatment. After being informed of the incident, a police team from Malviya Nagar police station arrived at the spot and launched an investigation. Prima-facie they suspect that the girl had attempted suicide by jumping off the building.

Additional DCP East Manoj Chaudhary said the girl has sustained serious injuries on her hands and legs. Her condition is stated to be out of danger. She was unconscious till the reports last came in. the police are yet to record her statement.

Deputy CM Sachin Pilot expressed grief on the incident through a tweet. Pilot said in his tweet that due to low marks in the exam, the girl jumped off the third floor of the school building.

“The treatment is underway. I wish her speedy recovery. I appeal that parents shouldn’t pressurize children for marks. Every child has a different aptitude and we should try to find it,” Pilot said.