Sonali's brother Rinku Dhaka said that her sister didn’t die of a heart. She was raped and murdered, he alleged. 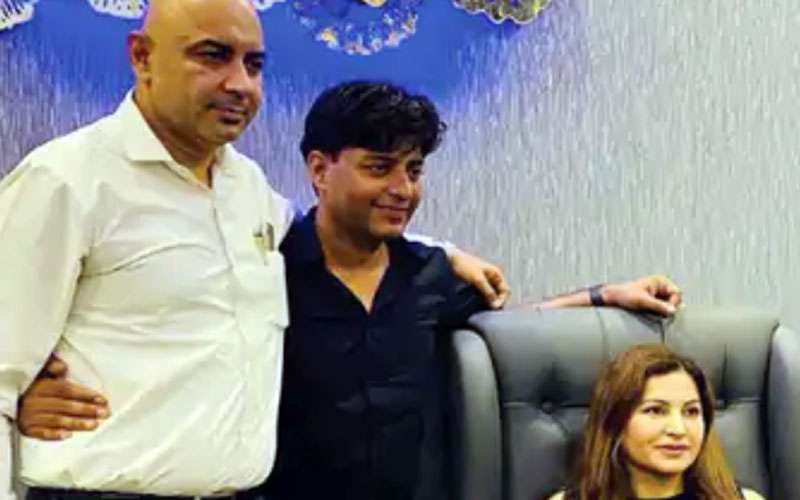 HISAR (HARYANA): The Goa police is learnt to have taken Sudhir Sangwan personal assistant (PA) of BJP leader Sonali Phogati into custody for interrogation. The action was taken following Sonali’s brother levelled serious allegations against the PA. The Goa police has not confirmed the arrest.

Sonali’s family has filed a complaint with the Goa Police alleging that Sonali has been murdered as part of a conspiracy. Her brother Rinku Dhaka said that her sister didn’t die of a heart. She was raped and murdered, he alleged.

Rinku said accused Sudhir Sangwan and his friend Sukhwinder of raping her after making her consume intoxicants. He also said that the sister was being blackmailed. Rinku didn’t rule out the possibility that it was part of a political conspiracy.

Rinku has given a written complaint to the Goa Police demanding that Sudhir be named as an accused in the FIR lodged under murder sections.

Brother Rinku said that PA Sudhir Sangwan has raped Sonali many times. Sudhir used to threaten to put an end to her acting and political career, Rinku alleged adding the PA had shot some rape videos

Sonali was depressed and felt under pressure to the extent she stopped talking to her family members, he alleged. Sudhir used to keep Sonali’s phone, property papers, ATM and house keys with him.

Goa Chief Minister Pramod Sawant while talking to the media said about Sonali’s death said the Goa police was taking the matter seriously and investigating every aspect. The DGP himself was monitoring this case, chief minister said.

Sonali’s sister Rupa had earlier called her death a conspiracy. She told media persons that Sonali had spoken to her mother on the phone shortly before her death on Monday morning. Sonali told the mother that she was feeling uneasy after having food.

Sonali was on a Goa trip with her friends reportedly for a shoot. She was to return to Hisar on August 27.