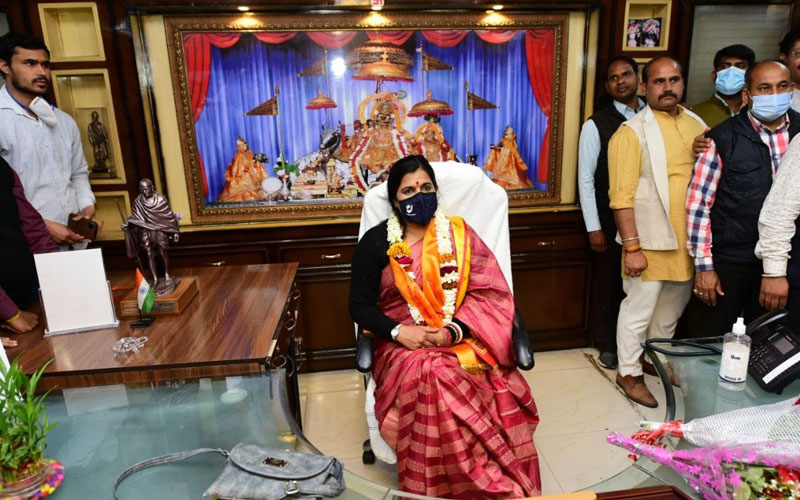 Jaipur: Almost eight months after Somya Gurjar was suspended by the Congress government, she took charge as the Jaipur Greater Municipal Corporation Mayor following a Supreme Court order in this regard. Somya Gurjar assumed the office in the absence of acting Mayor Sheel Dhabhai. Before assuming office, Somya Gurjar met senior BJP leaders at the party headquarters.

On February 1, the Supreme Court had stayed the Congress government’s order that suspended Somya Gurjar. As per the order, Soumya will hold the post till the completion of the judicial inquiry.

On June 6, 2021, the Gehlot government suspended Somya Gurjar and three other councilors after a dispute with Commissioner Yagyamitra Singh Deo. After the suspension, the government also started a judicial inquiry.

The decision was challenged by Somya Gurjar in the Rajasthan High Court. The High Court refused to interfere in the matter till the judicial inquiry was conducted and stay the suspension orders. When she didn’t get relief from the high court, she moved to the Supreme Court.