The forest department was digging up the ground for putting up a fence and left it unsecured near Dev Gas Godown. The pit was almost 10 feet deep. 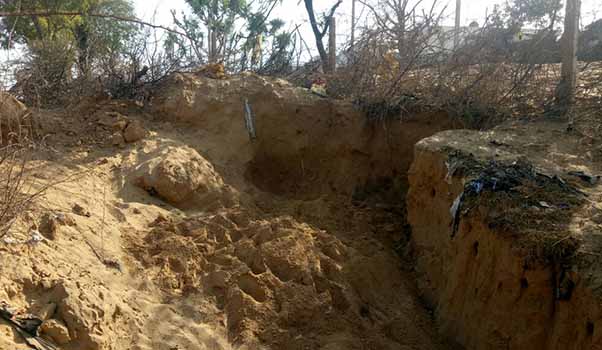 Jaipur: Four children were buried alive when soil caved in in a pit where they were playing. The incident took place in Sikar town. The pit had been dug up for fencing by the forest department, according to reports. The incident aggrieved the family members and local residents who blamed the administration, saying that leaving the pit unsecured was negligence.

The children were identified as Sanjay Dhikiya (10), Krishna (8), Abhishek (11)and Rahul. All the children belonged to the same family.

According to police and local residents, the forest department was digging up the ground for putting up a fence and left it unsecured near Dev Gas Godown. The pit was almost 10 feet deep.

The children climbed into the pit to play. Soil caved in suddenly. They were buried alive. The incident scared other children who were playing nearby. They fled crying for help. Local residents rushed to the spot and started removing the soil.

The children were pulled out and rushed to a nearly hospital where doctors declared them brought dead. Police and administration officials also visited the spot.

Local residents demanded compensation for the family members of the deceased children. Police officials said that the bodies have been handed over to the family members after postmortem examination and an investigation has been launched.