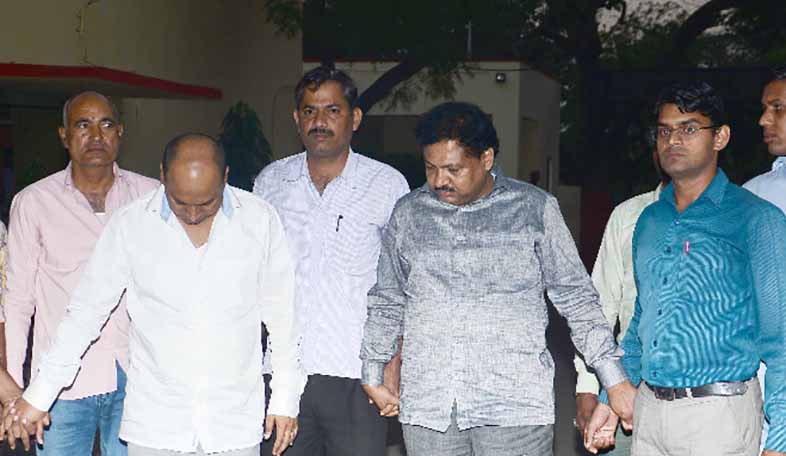 Jaipur: Rajasthan police’s special operations group (SOG) on Monday  filed chargesheet in a court against four officials of Pincon Spirits Limited in connection with alleged fraud with investors. The chargesheet consisted of nearly 5,800 pages. The four accused are the company’s chairman Manoranjan Roy, his aide Binay Singh and two other associates – Raghu Shetty and Hari Singh.

The four company officials who were chargesheeted are currently behind bars. They are under judicial custody and lodged at Jaipur Central Jail.

SOG later claimed that the company was involved in defrauding four lakh investors of Rs 1,000 crore through 104 branches in 10 states of the country.

SOG also arrested one Deepak Pundir in January, the director of LRN Universe Producers, one of the alleged shell companies, set up by Pincon Spirits Limited to siphon off funds invested by people, according to ADG, SOG Umesh Mishra. Chargesheet is yet to be filed against Deepak as the investigation against him is still going on, officials said.

They added that six shell companies were set up by the accused people to siphon off funds.

The chairman and Binay Singh were held from Bengaluru. All the four accused were produced in a court that remanded them in 7-day police custody.