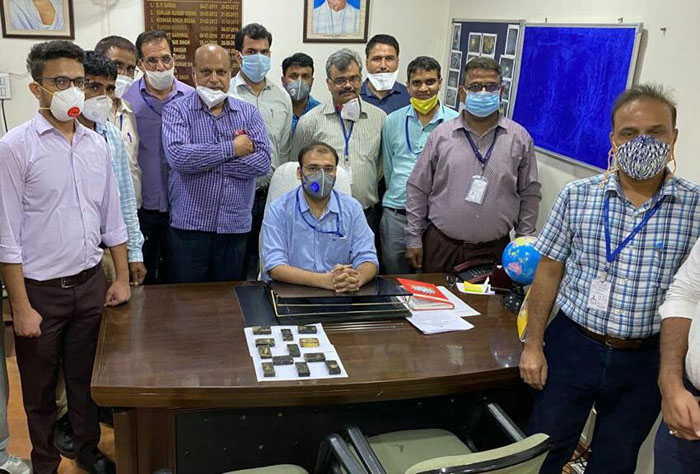 Eleven passengers had arrived from Riyadh. From them, 22.65 kg gold worth Rs 11.09 crore was recovered.

The customs department has also arrested three men who were attempting to smuggling gold weighting 9.30 kg.

The gold was in form of bricks and bars. The customs department team found 12 gold biscuits. The flight had landed at the airport on Friday evening. The trio was taken into custody and an interrogation with them was going on till the reports last came in.

The union government has extended the ban on international flights till July 31. Earlier the ban was effective till July 13. DGCA said that the ban would not affect cargo flights and flights allowed under special circumstances. There has been a ban on commercial flights since March 23.

The accused were held under section 104 of the Customs Act.