Vice President Venkaiah Naidu will inaugurate the event on September 26 as per the confirmation received on Wednesday through Vice president’s office. More than 1000 delegates from as many as 20 countries across the globe will be part of this mega event. 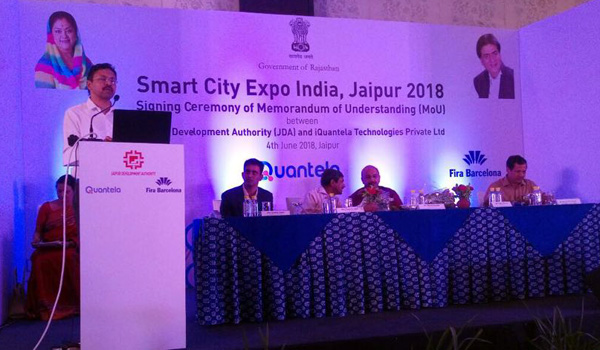 Signing ceremony of MoU for Smart City Expo India on June 4 2018 at Jaipur.

Jaipur: Jaipur will play host to ‘Smart City Expo India 2018’ from September 26 to September 28. The event to be held at Jaipur Exhibition and Convention Centre (JECC) in Sitapura will be organized by Jaipur Development Authority (JDA) in association with Fira Barcelona International and Quantela Inc.

Vice President Venkaiah Naidu will inaugurate this gala event as per the confirmation received on Wednesday through vice president’s office.

Chief Minister Vasundhara Raje and Union minister of state for housing and urban affairs Hardeep Singh Puri are also likely to be part of the opening ceremony.

More than 1000 delegates from as many as 20 countries across the globe will participate.

What the ‘Smart City Expo of India’ is all about?

It will be an international conference where smart city experts and representatives from across the Globe will gather to discuss the solutions for the challenges that cities are facing in terms of efficiency, urban planning, and social and economic development in the global era.

Who will participate in the event?

The 3-day event will be held in the convention center of JECC at Sitapura, where all the invited dignitaries and thought leaders will discuss several topics including innovation, technology and digital governance, the future of mobility and urban planning, social development, smart destinations, clean tech and circular economy, smart village and much more.

Several awards will be given to the new startups, business entrepreneurs, digital Innovators, Research Centers, Universities, Civil Society Representatives, NGO’s, public and private sector consortiums, and social activists with innovative ideas, visions, and solutions for the effective management and development of urban and semi-urban areas. 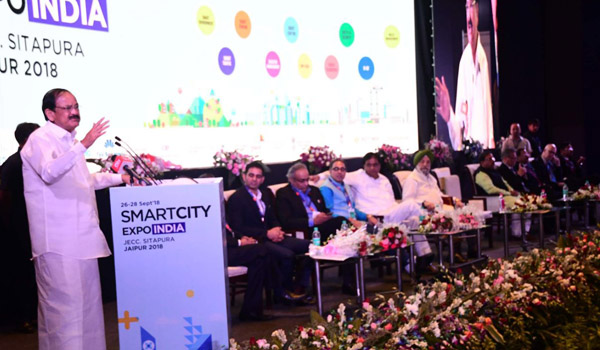