The police officer’s body was found in his government quarters behind the Shahpura police station. The incident shocked the police officers across the state as Virendra Singh was known as a cheerful person. 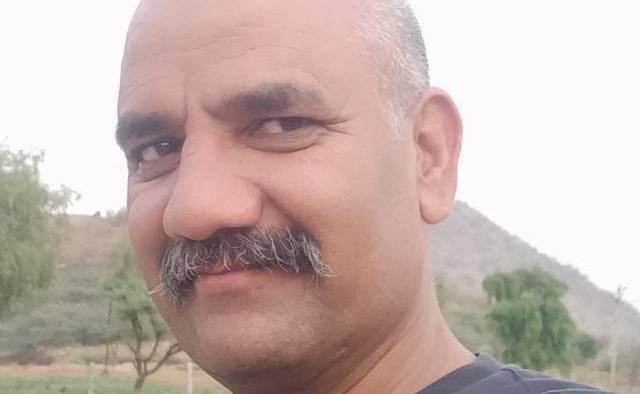 Jaipur: SHO of Shahpura police station in Jaipur rural, Virendra Singh, allegedly committed suicide by shooting himself with his service revolver on Thursday. He was found dead on his bed with a gunshot wound on his head. Though prima-facie police suspect that it was a suicide, they are not ruling out other possibilities or foul play. Since there was no eye-witness and no suicide note was found, the cops are probing if he was murdered. The 47-year-old police officer is survived by his wife and 13-year-old daughter. His family lives in Jaipur. They rushed to Shahpura after they got to know about the death of Virendra Singh Rathore. The police officer’s body was found in his government quarters behind the Shahpura police station around 8.30 pm. The incident shocked the police officers across the state as Virendra Singh was known as a cheerful person. The incident came to light when a policeman from the police station went to Virendra Singh’s residence to enquire when he planned to have dinner. The policeman, identified as Raju, found Virednra Singh, lying in a pool of blood. He informed senior police officers. A forensic examination of the spot was conducted. Senior police officers including SP, Jaipur rural Rameshwar Singh rushed to the government quarters to probe the case. According to preliminary reports, SHO Virendra Singh was working at the police station till afternoon. He got his service revolver issued from the police station, went through the mails from the SP office and then he left for his residence situated behind the police station building. The police have launched an investigation. SHO was 1996-batch officer and was a resident of Nand in Pushkar area. He was earlier posted in Alwar. He was not relieved from his previous posting even after the transfer. It is believed he was depressed over this. He had also been posted as traffic inspector in Jaipur rural. He severed as SHO Kotputali from August 1, 2014 to September 6, 2015.
Follow @ThePinkcityPost