The district collector has appealed that people should venture out of their homes only if it’s absolutely necessary. 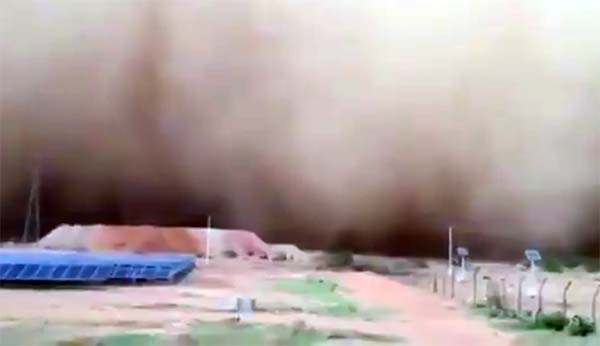 Jaipur: Jaipur district collector Siddharth Mahajan issued an order that the schools in Jaipur be closed by 10 pm following the meteorological department’s alert about a sand storm. The storm has been affecting normal life in the state capital since early on Tuesday, but the met department issued an alert that the storm could be more powerful and damaging in the afternoon. The district collector issued the directions about the closure of schools following this alert.

The district collector has appealed that people should venture out of their homes only if it’s absolutely necessary.

“People should not stand under trees and near walls. They should take all the necessary cautions in case the storm turns catastrophic,” said the officer.

Two people were died following the storms ravaged their homes in Hanumangarh district on Monday. Many trees were uprooted.

The state control room in Jaipur has been directed to collect information about damages due to the storm so that the relief works can be carried out in a coordinated manner. Divisional commissioners and district collectors have been asked to keep an eye on the situation and remain alert.

Temperature dropped in Jaipur bringing respite from heat, but dust storm affected normal life since morning. Many people are reported to have avoided going to office. Most roads and streets wore a deserted look. Electricity supply was, however, uninterrupted in most areas in the city.

Jaipur Metro administration has also been put on alert. If the intensity of the storm increases, the administration may decide to halt the train operations.