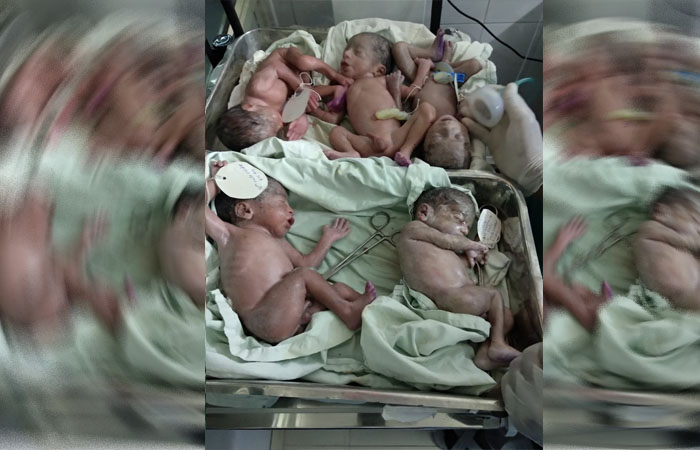 Jaipur: A 25-year-old woman gave birth to 5 children at Sanganer Zanana Hospital in Jaipur on Saturday. In the premature delivery, four children have survived, while one died. The hospital staff had to operate on the woman for hours for the delivery due to complications. The children have been put under observations as they weight from 1 kg to 1.4 kg.

The woman –  25-year-old Rukhsana, a resident of Sanganer – gave birth to three boys and two girls. The surgery was complicated and rare as the children were born after 7-month pregnancy. One of the children – a boy – was born dead, while one has been put on a ventilator.  The remaining three are healthy, but are under the observation of doctors. The woman has had two deliveries in the past, according to doctors.

Dr. Lata Rajoria, Superintendent, Zanana Hospital, Chandpol told the PinkCity Post that the children weight from 1 kg to 1. 4. The delivery is premature and there are health issues. Healthy children weigh between 2 kg and 3.5 kig.

In 2012, a woman in Gujarat had hogged headlines after she gave birth to 11 children.