Salman Khan: Bail hearing to get delayed as judge transferred

District and sessions judge, Jodhpur Ravindra Kumar Joshi was among the 300 judicial officials who were reshuffled on Friday evening. 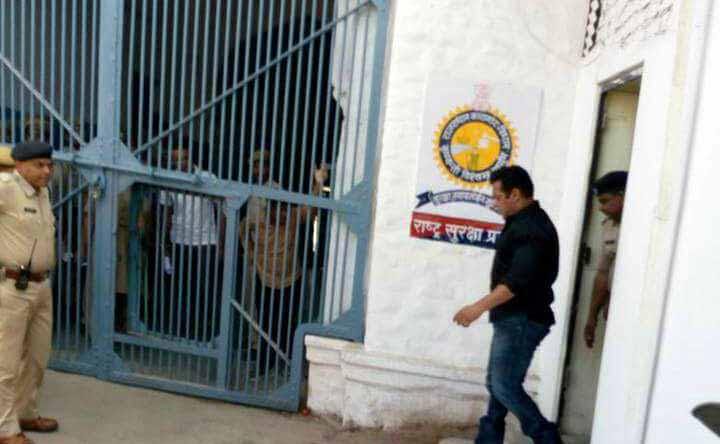 Jaipur: The hearing in the bail application filed by the lawyers of Bollywood actor Salman Khan will likely get delayed as the concerned judge was transferred in a late night order on Friday. District and sessions judge, Jodhpur Ravindra Kumar Joshi was among the 300 judicial officials who were reshuffled. Joshi has been transferred as district and sessions judge, Sirohi. Though Judge Joshi is yet to take the charge at the new place, he would likely avoid conducting a hearing in the case on Saturday, lawyers said.

If the bail application is delayed, Salman Khan will have to spend the weekend behind bars.

The court of Judge Ravindra Kumar Joshi had heard arguments from the defense lawyers as well as the prosecution and summoned the records related to the case on Saturday. The court said that the hearing will continue on Saturday and the bail application will be decided only after examining the records.

The court of chief judicial magistrate (Jaipur rural) had sentenced Salman Khan to five years imprisonment in connection with nearly 20-year-old blackbuck poaching case on Monday. The actor was immediately taken to Jodhpur Central Jail where he is currently lodged.

Other accused – including Saif Ali Khan, Tabu, Sonali Bendre and Neelam were acquitted with the court giving them a benefit of doubt.

Salman received the punishment under sections 9 and section 51 of the Wildlife Protection Act. The law has the provision of a maximum imprisonment of six years. As soon as the judgement was pronounced, other actors left the courtroom, while the police took Salman Khan into custody. He can appeal against the judgement in the district and sessions court. His lawyers also filed an application in the court that will come up for hearing on Thursday.