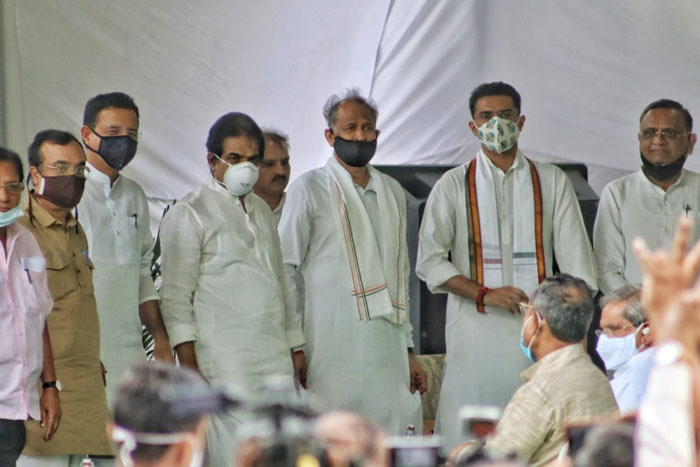 Jaipur: Sacked deputy chief minister Sachin Pilot attended the Congress party legislative meeting along with chief minister Ashok Gehlot and several other senior leaders on Thursday. The meeting took place at chief minister residence (CMR). Gehlot said that the differences that surfaced over the past few days should be forgotten.

“We could have proved majority without 19 MLAs, but our family would have been incomplete,” said Gehlot. He was referring to 19 MLAs who were backing up Pilot.

Vishvendra Singh who was among the prominent leaders who supported Gehlot said that they faced a lot of allegations like they were joining the BJP.

“These speculations proved baseless. I was always in Congress and will continue to serve the party. The chief minister welcomed us when we were back after almost a month. We don’t bear any ill will towards anybody,” said Singh.

It’s obvious that the crisis that began almost a month ago has come to an end. After a meeting with the party high command, Sachin Pilot has agreed to return to the Congress.

Gehlot said that whatever happened over the past few days should be forgotten.

“We need to remain united to save the democratic values. I am glad that everyone is with us now,” said Gehlot.