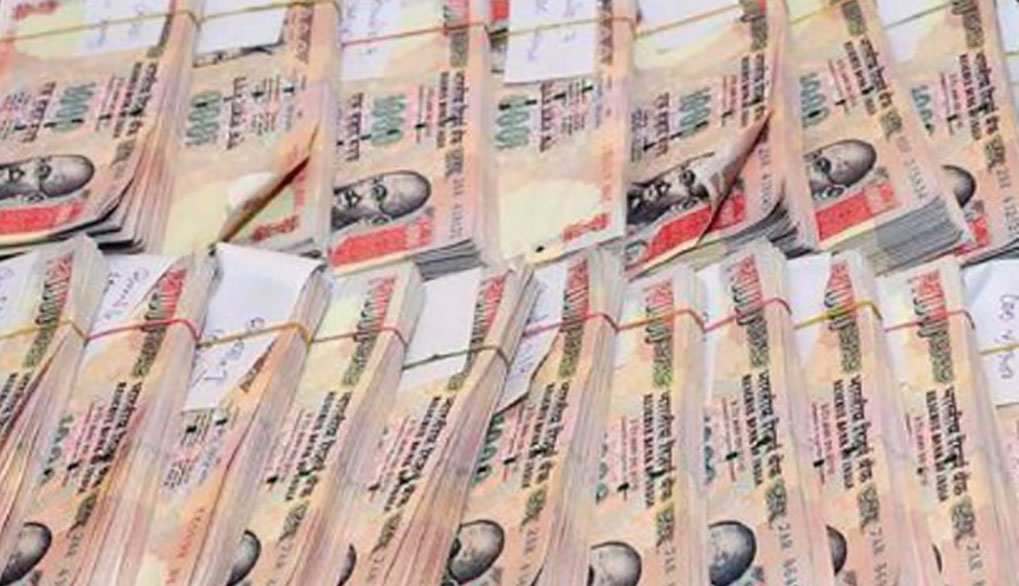 Jaipur: The Sirohi police prevented an American citizen who had come to Mount Abu with Rs 1 crore from leaving for his country. The man was trying to exchange currency notes in the domination of Rs 1,000 with the help of a charted accountant and a local municipal councilor. When they tried to dupe the American, he approached the police and registered a complaint. The police recovered Rs 1 crore from four men and asked the complainant to stay in the country to help police and other agencies with investigation.

According to the police, the American citizen works with a non-government organization (NGO). He had come to Mount About 3-4 days ago. He used to visit the NGO at least twice a year.

Most of the currency notes he brought with him were in the denomination of Rs 1000 which has been scrapped by the government. The man wanted to exchange the scrapped currency notes and gave the money to a local CA, identified as Vinit Mantri who tried to dupe him with the help of the local municipal councilor Yogesh Singhal and two others Hardik and Mohan Lal.

The four men told the American that the money had been seized by the police. He got suspicious and approached the local police following which the four men were rounded up for questioning. The money was also recovered from them.

“We have informed the income tax department to investigate how the American citizen arranged such a huge amount of cash. An I-T department team is supposed to come to Mount Abu for further investigation on Monday. We prevented the foreigner from leaving on Sunday,” said a police officer.