Robbery at UCO Bank in Rajapark: 2 criminals make away with Rs 15 lakh 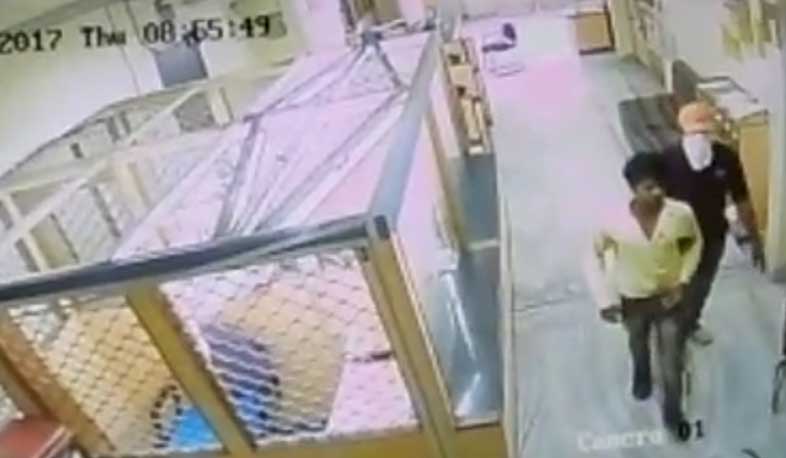 Jaipur: Panic swept through Tilak Nagar and Rajapark areas in Jaipur when two unidentified criminals took the employees of a bank at gun point, fired bullets in the air and robbed more than Rs 15 lakh.

The robbery took place at UCO Bank in Tilak Nagar around 10 am. The bank had just opened. Two robbers were caught on CCTV entering the bank. They were wearing caps. One of them was using a handkerchief to cover his face.

After entering the bank, the two men opened fire to create panic. They asked all the employees to gather and then forced them into an office in the bank.

They took away more than Rs 15 lakh cash from the safe of the bank. They robbed a sanitation worker of his bike. They used the bike to get away from the spot after the robbery.

Senior police officers rushed to the spot as the news of robbery at the bank created panic in the area.

The duo was caught on CCTV. One of the robbers was spotted making a call from his mobile phone.

“We are trying to identify the robbers with the help of CCTV footages. Further investigation is going on,” said a senior police officer.

An FIR has been registered with Adarsh Nagar police station.

Rajasthan health minister Kalicharan Saraf also visited the spot and instructed Adarsh Nagar police office to conduct a speedy investigation into the robbery. He asked them to identify the robbers as soon as possible and put them behind bars.