CCTV footages are being examined to identify the robbers. They had used black tap to defunct the camera. 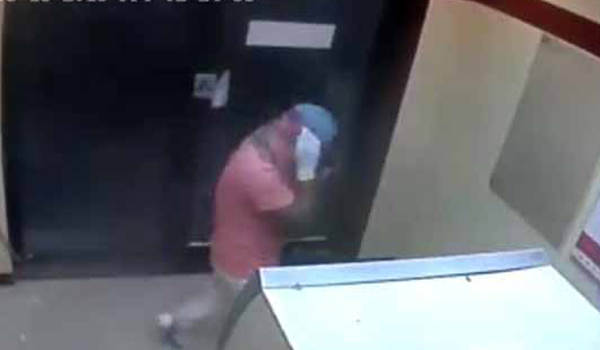 Jaipur: Unidentified robbers uprooted a State Bank of India (SBI) ATM at an unguarded kiosk near Kanota area in Jaipur late on Thursday. The accused made away with the ATM. They black tapped the CCTV cameras at the kiosk and committed the crime.

There were reports that the ATM contained Rs 19 lakh, but the exact amount of cash is yet to be disclosed. The police have sought information from the bank officials.

According to the police, CCTV footages are being examined to identify the robbers. They had used black tap to defunct the camera.

The security was entrusted to a private firm but there was no security guard when the incident took place, added police.

According to the local shop owners, the ATM machine had been out of service for the past few days. They were not able to withdraw cash.

Police have launched a search for the robbers. Further investigation is going on.

Several cases of uprooting the ATM machines by robbers have been reported in the past. It has become so easy for them as they have mastered the skill. Negligence from security guards at some of the kiosks results in these kinds of robbery.