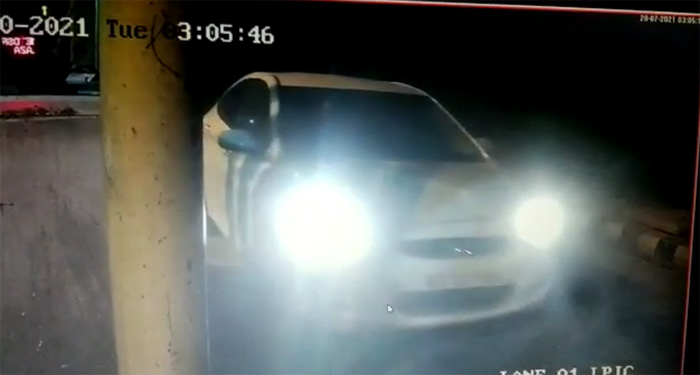 Jaipur: Unidentified robbers shot at a head-constable when he resisted their attempt to rob the car of his senior officer – a police inspector – outside a dhaba (eatery) in Ranoli area of Sikar district. The police inspector was also on the spot, but before he could react, the criminals sped away in the robbed car. The victim Manendra Singh, who sustained bullet injuries, is undergoing treatment at SMS hospital in Jaipur.

Head constable Singh is posted in the district special team (DST) of Jaipur police. He and his senior and DST in-charge Narendra Khichar were on their way to Sikar in a Verna vehicle in search of a fugitive.

According to Sikar police, the incident took place around 1.45 am on Tuesday after they stopped their car at a dhaba. After having food, Kichar left for the washroom while Singh stepped out of the place and was heading to the car when two accused confronted Singh.

One of the accused asked Singh to hand over the car keys, “When Singh refused to oblige and tried to stop them from entering the car, the robber fired at the constable,” a police officer said.

The accused tried to forcefully snatch keys from Singh, but he confronted them and rushed to the driving seat to stop the accused from opening the car’s gate. One of the accused fired at Singh from behind. By the time police Inspector Khichar rushed to help profusely-bleeding Singh who was bleeding profusely, the criminals had robbed the car and sped away.

Police officials said that both the cops were in plain cloths, so the criminals were probably not aware that they were robbing policemen.