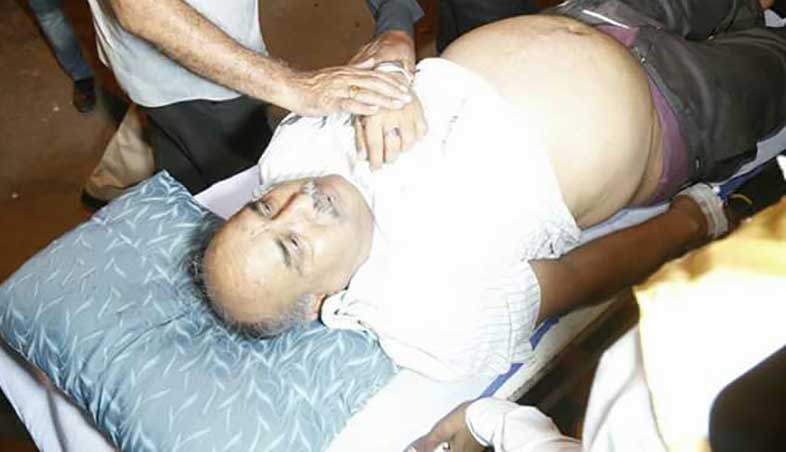 Jaipur: Rajasthan’s minister of food and civil supply Babulal Varma was seriously injured while his personal assistant, Rajendra Singh, was killed when the car they were travelling in overturned. The driver saw a buffalo walking on the road. In order to avoid collision, the driver lost balance and the car overturned. The driver was also injured.

Babulal Varma was on his way to Baran from Jaipur when the mishap occurred near Simlya village in Kota after midnight.

The PA was thrown out of the road after the car overturned, while Varma was injured.

The security personnel who were in another car rushed the minister and the injured to MBS Hospital in Kota. The medical college principal and HOD who were already on alert were present in the hospital when the victims were brought in. 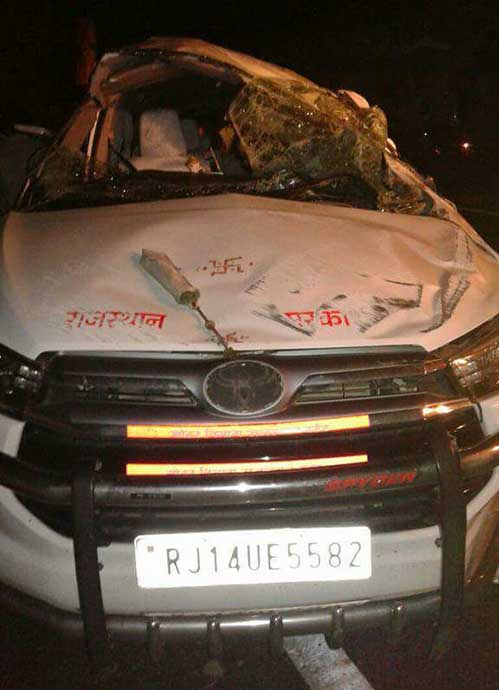 The damaged car in which Babu Lal Verma was travelling.

The minister has received injuries on his knees and lungs.

The minister is a legislator from Keshoraipatan constituency in Bundi.

“His condition is stable. The injuries are not serious. But we have constituted a team of doctors and put him under close observation,” said a doctor.

The police have launched an investigation as to how the accident happened.