How to rent a bicycle in Jaipur? All you need to know about ‘Cyclo’

Bicycles for rent under the Smart City Mission Project in Jaipur.

Home » Jaipurnama » How to rent a bicycle in Jaipur? All you need to know about ‘Cyclo’ 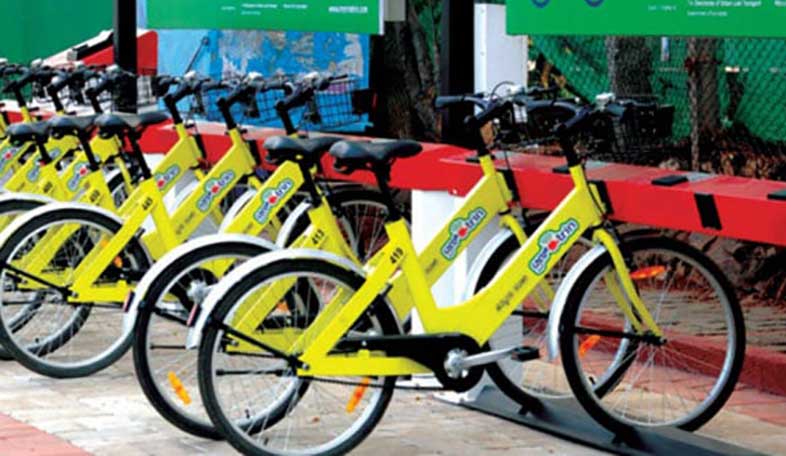 Jaipur: Did you know you can rent a bicycle from Jaipur’s most crowded areas and roam around without worrying about traffic jams? Under the Smart City Mission, 20 docking stations are being set up in Jaipur where people can rent bicycles. The project has been christened ‘Cyclo’.

You can pick up a bicycle from any of the docking station and return it to any other bicycle station in the city. The scheme has already been implemented in a few cities including Mysore and Indore.

Some of these are the most crowded areas in the city where traffic jams are a big headache. But you can now simply park your car somewhere near these places and rent-a-bicycle. You don’t have to come back to the same docking station to return the bicycle because you can do that at any other docking station near your destination.

In the first phase of the public bicycle sharing (PBS) scheme, there will be 20 docking stations with 400 bicycles. Depending on the response from people, the number of docking stations and bicycles will be increased.

How much will you pay?

You will pay just Rs 10 per hour. Each station will have 20 bicycles. The project is being launched by a Delhi-based firm, Greenolution. It will cost the company around Rs 5.5 lakh to set up each of the 20 docking stations. So the project will cost nearly Rs 1.10 crore. The company and the Smart City Mission will earn revenue through advertising.

You may have to show some ID in order to rent a bicycle. You will also have to fill up a form and provide basic details about yourself. You can get the form from the docking station or download it from the company’s website. All the docking stations will be connected through a software program. You can pay in cash or through credit cards or the Common Mobility Card.

In a later phase, an app will also be launched for people to book a bicycle online.