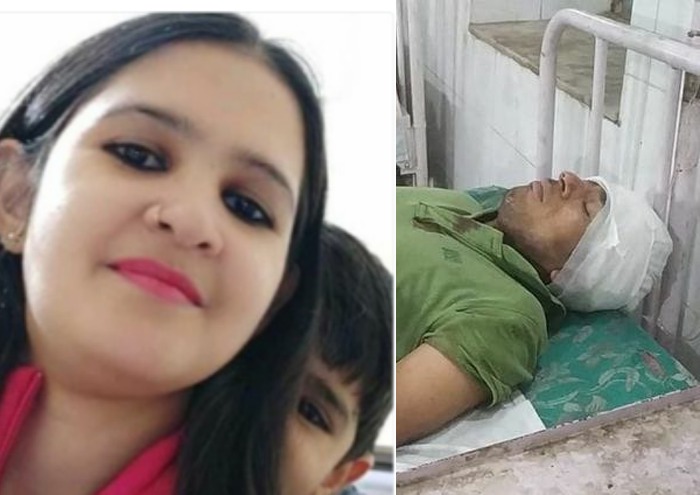 CDPO Shilpi Meena who was killed in an accident in Tonk. Her husband is undergoing treatment

Jaipur: A 35-year-old Child Development Project Officer (CDPO) posted in Jaipur was killed and her husband severely injured in a road accident near Tonk district.

The officer, identified as Shilpi Meena was travelling from Jaipur to Sawai Madhopur with her husband Sandeep Kumar (37), to meet her father on Holi on Monday.

Near Dhikoliya village in Tonk district, their car veered off the road and crashed into a roadside pole. Nearby villagers gathered around to help the couple stranded inside the vehicle. They informed the police and ambulance following which Shilpi and Sandeep were taken to the hospital. “She succumbed to the injuries and died in the hospital. Sandeep was brought to the hospital where doctors found serious head injuries,” said an official.

The police said that Sandeep has been transferred to Jaipur for specialised treatment while Shilpi’s body was shifted to the local mortuary before it was handed over to the family.

Shilpi was a 2011 batch CDPO officer and was living with her husband in Jaipur’s Jagatpura area. Sandeep, on the other hand, is a resident of Sriganganagar.

The Tonk police said that they are investigating the case, but a preliminary investigation indicates that the accident due to an oncoming vehicle.

“It appears that some oncoming vehicle was hurtling towards them, the couple, in order to avert a collision with the car, tried to hurriedly change the direction and as a result crashed into a nearby pole,” said an official, adding that the crash was so intense that Shilpi recovered multiple head injuries leading to her death while Sandeep was knocked unconscious.

“Sandeep had sustained severe head injuries. The doctors advised that he needed special neurological treatment. He was later referred to Jaipur for treatment where his condition remains critical,” the official added.