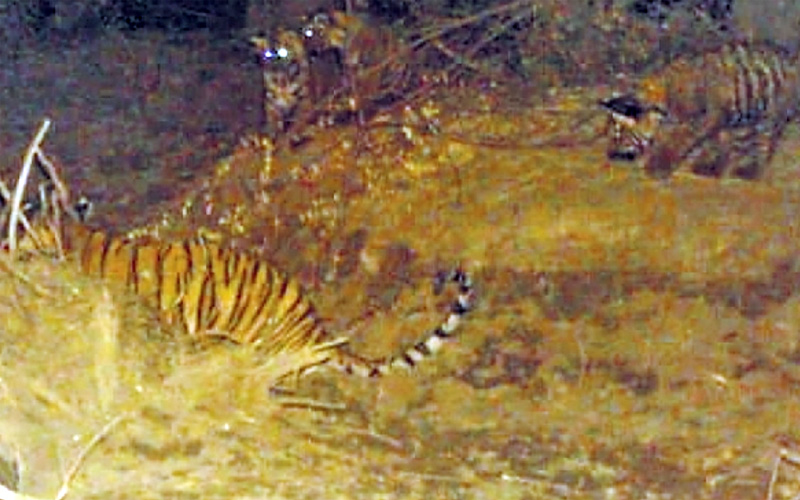 Jaipur: There is yet another good news from Ranthambore National Park in Rajasthan. A tigress, known as T-99, was spotted with three cubs. The trap cameras in Zone – 10 caught her with the cubs on Monday, according to the park officials. With this sighting, the total number of tigers in the Ranthambore tiger reserve has gone up to 83.

According to the park officials, the cubs were spotted in Halonda area in Zone – 10 of the reserve. T-99 had earlier been spotted with only cub. “The sighting of the cub happened on December 25, so it was assumed that she had littered only one cub. But now she has been spotted with three cubs,” said a park official.

Ranthambore National Park now boasts 24 tigers, 26 tigresses and 33 cubs. The increase in population will make the park more popular among tourists as tiger sighting becomes easier due to the growth in the tiger population. However, the state wildlife department will need to address the issue of territorial fights and tigers going missing from the reserve, said a wildlife lover.