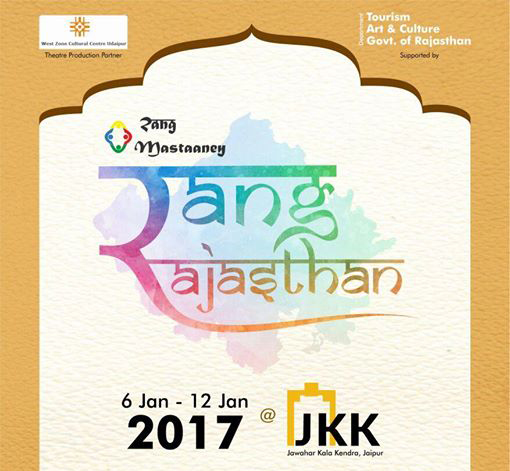 Jaipur: The third season of ‘Rang Rajasthan’ began at Jawahar Kala Kendra on Friday. Rajasthani artists will showcase their talent during this week-long event. Rajasthani plays, folk music concerts, and presentation of folklores will be some of the highlights.

Performance of ‘The Mix of Rajasthan Band’ at ‘Krishnayan (Black Box)’ at 5 pm.

At 7 pm in Rangayan (JKK)- Esteemed Director Rajendra Panchal from Kota Bundi to present his play– ‘Katha SuKavi Suryakamall ki’ which will showcase the dilemma of Kavi Suryamal during the revolution of 1857 and his conversation with himself.