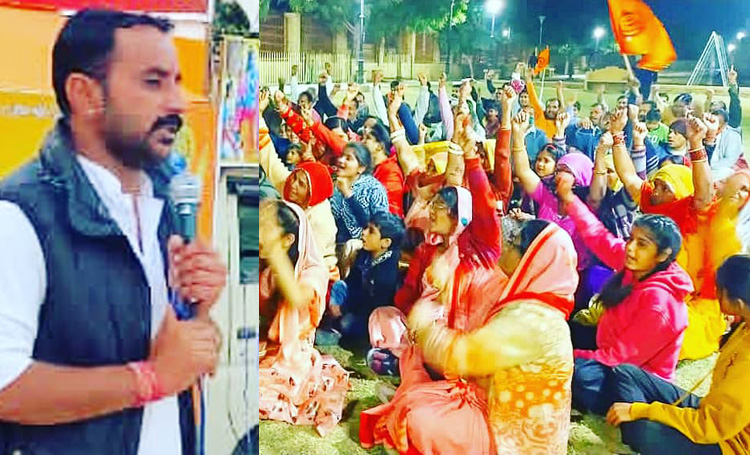 Jaipur: The villagers in far-flung areas of the Indo-Pak border region have shown great enthusiasm in the ongoing Ram temple donation drive, many activists of right-wing organizations who are mobilizing people in the border region told The PinkCity Post.

“Not many people in the far-flung border areas in Jaisalmer and Barmer districts are wealthy, but they’ve shown unprecedented enthusiasm towards the cause and are coming forward to contribute to the construction of Ram temple in Ayodhya,” said Lalu Singh Sodha, Vibhag Convener of the Bajrang Dal.

He said that their teams are going from village to village in chariots.

“As soon as the chariot of Ram enters a rural area, the villagers rush to welcome us with motorcycles. They guide us by driving their vehicles in front of the chariot and voluntarily take us from one home to another for the collection of donations. Women sing Mangal songs,” said Sodha.

He added that he and his team members are taking a Rath Yatra to every village for public awareness.

“We ran a public awareness campaign from February 15 to February 15. Religious meetings were organized in 110 villages across Jaisalmer. We toured on two chariots. An amount of over Rs 5 crores has been collected in Jaisalmer district alone,” Sodha who has also been involved in student politics said.