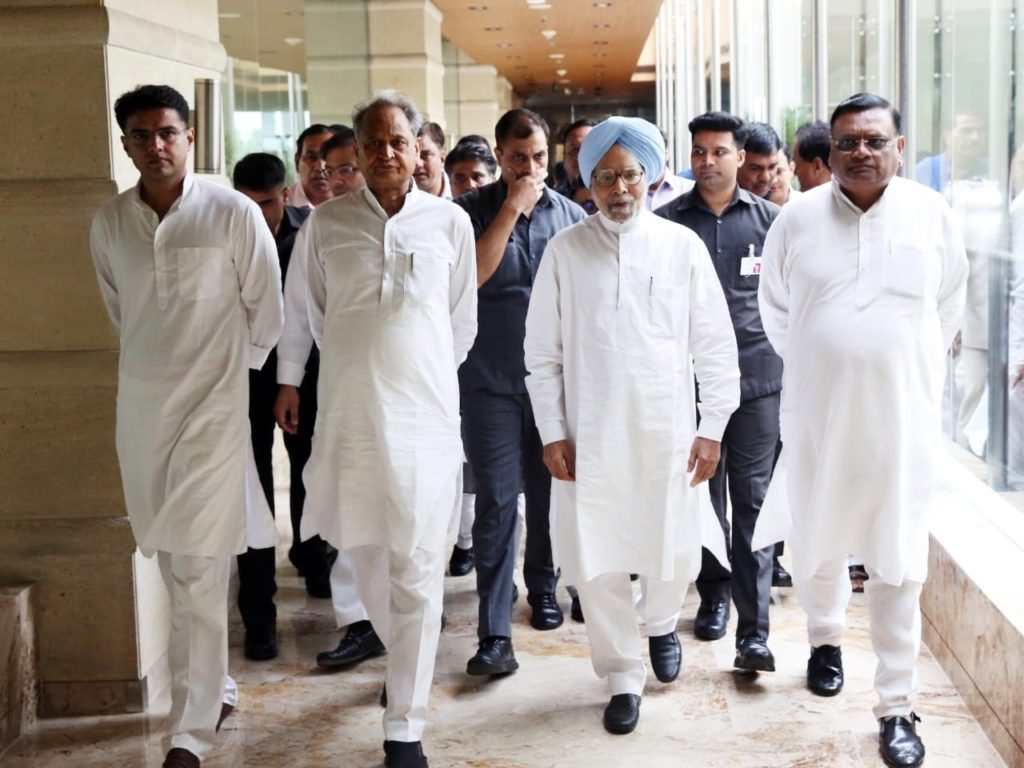 Jaipur: Former Prime Minister Manmohan Singh filed the nomination for Rajya Sabha from Rajasthan on Tuesday. He was accompanied by chief minister Ashok Gehlot, deputy CM Sachin Pilot and Rajasthan incharge Avinash Pandey at the time of filing the nomination.  The by-election for Rajya Sabha seat from Rajasthan are being held after the seat fell vacant following the demise of former BJP state president Madan Lal Saini.

The Congress is confident of Manmohan Singh’s victory as it has majority in the state assembly and claims support of over 120 MLAs of not only its own party, but also those of BSP and some independents.

The BJP is yet to announce its candidate for the Rajya Sabha by-election from Rajasthan. The BJP has 72 MLAs.

Dr Manmohan Singh was the Rajya Sabha member from Assam, but his term ended in June this year. The Congress doesn’t have enough MLAs to get him reelected from Assam.