A CCTV in the area caught at least four men getting away from the spot. They are seen having guns in their hands in the footage. 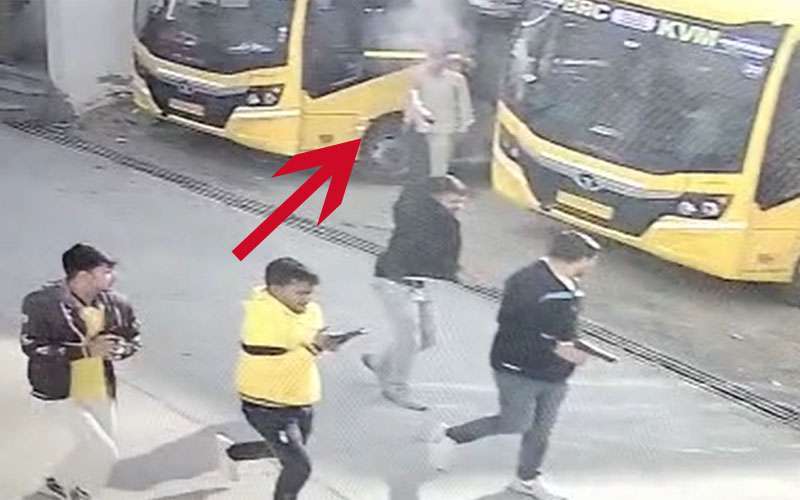 Shooters who murdered Raju Theth getting away from the spot after the firing.

JAIPUR: Raju Theth – one of the most wanted criminals in Rajasthan – was gunned down in a gang war in Sikar on Saturday morning. Unknown shooters rang the doorbell of his house on Piprali Road and as soon as he opened the door, they fired indiscriminately at him. He sustained at least three bullet injuries and died on the spot. There were reports of one more person getting crucially injured in the firing.

A CCTV in the area caught at least four men getting away from the spot. They are seen having guns in their hands in the footage. The shooters are suspected of having fled towards Punjab – Haryana border. The police teams have launched a massive search for them. Raju Theth was a rival of Anandpal Singh who was killed in a police encounter.

Senior police officers including SP Sikar SP Kunwar Rashtradeep reached the spot. Raju Theth ran his gang from the Shekhawati region and was trying to gain influence in Jaipur and other nearby areas also. After Anandpal’s murder, the two gangs continued to be at loggerheads.

Raju had shifted to Jaipur and owned an expensive house in the Swez Farm area. Mahesh Nagar police in Jaipur had recently arrested him on charges of breaching peace following which he moved back to Sikar.

While he was behind bars at Jaipur Central Jail, there were reports that he and his gang were demanding protection money from the city’s businessmen. Raju was also very active on social media platforms.