SOG arrests three men who bought the gungs from Madhya Pradesh and were trying to supply them in Rajasthan. 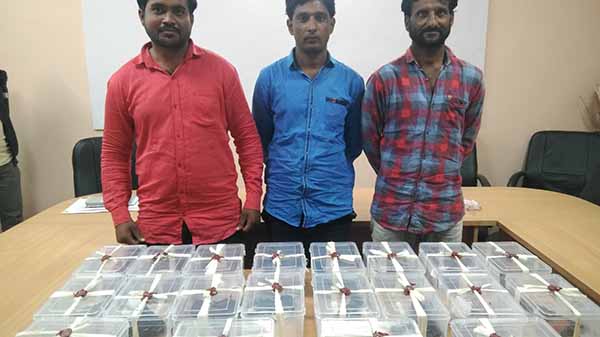 The accused men had bought these guns from Ratlam for Rs 27,000 each and were planning to sell them in Rajasthan for Rs 55,000. The guns which were seized include 19 pistols and one revolver.

The accused were identified as Irfan Khan, Saddam Hussain and Firoz Khan, all three natives of Chittorgarh district.

“During preliminary questioning, the three smugglers have confessed that they bought these guns from Ratlam area in Madhya Pradesh and were planning to sell them in Rajasthan,” said ADG, SOG Umesh Mishra.

The officer said that the SOG team led by Add SP, Karan Sharma detained the gun suppliers from Transport Nagar area on Chittorgarh Road in Nimbaheda. Two constables Bhupendra Singh and Mahaveer Singh had received a tip-off about the presence of these smugglers in the area.

“An FIR has been registered against these criminals under various sections of the Arms Act. We are trying to ascertain who they were selling the guns to,” said the officer.