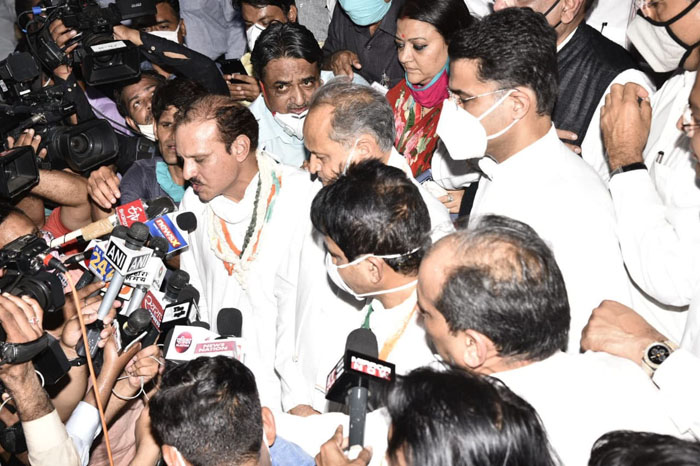 Jaipur: The political drama that has been going on for the past few days came to an end in Rajasthan on Friday with the Congress winning two Rajya Sabha seats, while the BJP one.

The voting for three Rajya Sabha seats in Rajasthan took place on Friday. Of the total 200 votes, 198 votes were cast. Two voters were absent. Social Justice and Empowerment Minister Master Bhanwarlal Meghwal and CPM MLA from Dungargarh Girdhari Lal Mahia could not vote due to health reasons.

The polling began at 9 am, but it came to a halt in the afternoon following the objections raised by the BJP over the vote of Congress MLA Wajib Ali. This caused the voting to drag on till 4 pm. Nearly 193 votes had been cast by 2 pm.

“My compliments to all MLAs from other parties & independents, who voted for our candidates & who remained firm in supporting us despite several attempts by the BJP to lure them,” Gehlot tweeted.

He said that horse trading attempt (of the BJP) failed. This was quite obvious in Gujarat. The results in Rajasthan were a major victory for us and exposed the BJP conspiracies.