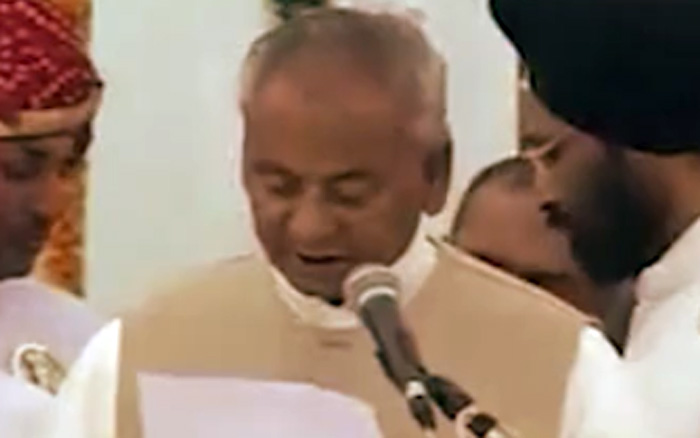 Jaipur: The political leaders in Rajasthan expressed grief over the demise of former Uttar Pradesh chief minister Kalyan Singh. He was also the government or Rajasthan from September 2014 to September 2019.

“Deeply saddened by the passing away of former Governor of Rajasthan and former CM of UP, Sh. Kalyan Singh ji. My heartfelt condolences to his family members. May God give them strength in this difficult time. May the departed soul rest in peace,” Rajasthan chief minister Ashok Gehlot tweeted.

Former chief minister Vasundhara Raje said that she would always remember the support extended by Kalyan Singh in the development of the state during his tenure as the governor.

“He always worked towards the betterment of the country and made India proud on several occasions,” said Raje.

The 89-year-old leader served as the Uttar Pradesh Chief Minister twice. Singh was the UP chief minister when the Babri mosque was demolished by a mob in Ayodhya on December 6, 1992. He had been undergoing treatment in the intensive care unit of the SGPGIMS in Lucknow due to an infection and reduced consciousness level since July 4.