Rajasthan police had sent a team to Ahmedabad to serve an arrest warrant issued in a case under section 188 of IPC against Togadia. 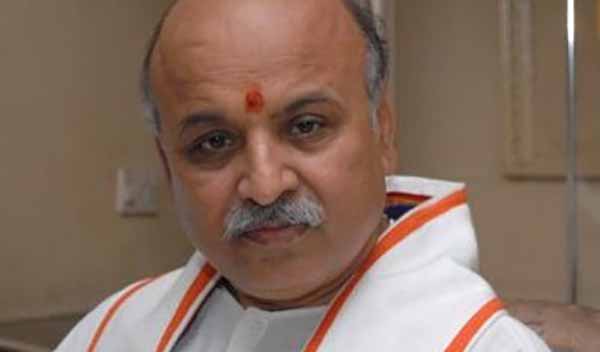 Jaipur: The rumors surrounding the disappearance of senior VHP leader Pravin Togadia got so serious that the Rajasthan director general of police (DGP) on Monday evening had to issue a formal statement, saying that the reports of his arrest were baseless.

“We are being asked by the media and others whether we have arrested Parvin Togadia. These reports are entirely baseless,” DGP OP Galhotra said in a statement.

According to reports, Rajasthan police had sent a team to Ahmedabad to serve an arrest warrant issued in a case under section 188 of IPC against Togadia. The law pertains to disobedience of a public servant’s order. Togadia had allegedly violated prohibitory orders under Section 144 — which limits the assembly of people — in Gangapur town of Rajasthan 16 years ago.

Senior Rajasthan police officers said “the team went to Ahmedabad, but didn’t find him. We haven’t arrested him. The team is returning from Ahmedabad”.

According to the latest information that just came in, 62-year-old Togadia was found in an unconscious state in a private hospital in Ahmedabad, almost 12 hours after he was reported missing.

His disappearance had triggered protests by VHP supporters.

According to a statement of the VHP, Togadia, who suffered from low blood sugar levels, was found lying in an unconscious state at a park in Shahibaug and was taken to the hospital.