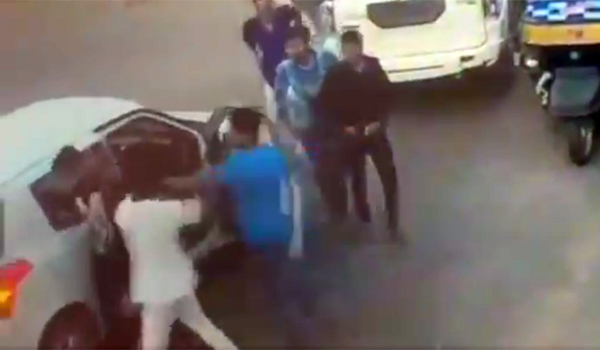 The police have still not lodged an FIR in the matter. Rajveer allegedly thrashed a man, identified as Prerak Upadhyay when the latter didn’t let his vehicle pass by. Rajveer overtook the man’s car, got out of his vehicle and thrashed the victim severely. No action was taken in the matter even when a CCTV camera footage of the incident, went viral. The incident reportedly occurred on June 1. The video went viral on social media a few days ago. The incident left the Rajasthan government embarrassed even as it’s gearing up for the assembly elections due later this year. Prerak also came to the police station. CO, Banswara Veera Ram Jat told The PinkCity Post that no FIR has been registered in the matter. “We are investigating the case,” said the officer. SP, Banswara Kaluram Rawat however said that both the parties were called to the police station so that a factual report could be prepared in the next five days. “If any complaint is registered, we will take appropriate action,” said the officer.
Follow @ThePinkcityPost