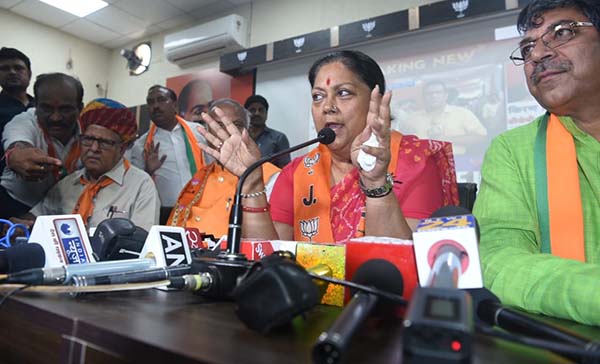 Jaipur: The prediction made by exit poll about the BJP sweeping Rajasthan in the Lok Sabha elections 2019 has apparently come true. The BJP is leading in all 25 parliamentary constituencies in Rajasthan. Diya Kumari is close to a clear win with a lead of almost 50,000 votes. Gajendra Singh Shekhawat is leading in Jodhpur, Ramcharan Bohara in Jaipur, Dushyant Singh in Jhalawar and Bhagirath Choudhary in Ajmer.

The BJP had won all the 25 seats in the 2014 Lok Sabha elections. The saffron party is on its way to repeat the same feat again.

Here is a look at who is leading in which parliamentary constituency of the stat :