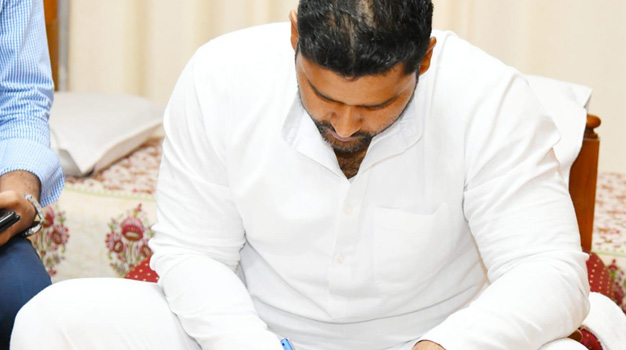 Jaipur: In a first of its kind initiative to encourage sports, the Rajasthan government has announced to give jobs to those who win medals at national level in sports tournaments organized by the School Federation of India. Those who participate in the national games of Indian Olympics Federation or Para Olympics Committee will also get direct government jobs.

The Ashok Gehlot government has made amendments to Rajasthan service rules, 2013 in this regard. The eligibility criteria specified by various governments will however be applicable. Rajasthan has become the first state in the country to offer jobs for just participating in the national Olympics games.

Rajasthan Sports Minister Ashok Chandna made this announcement in a press conference on Tuesday. He said that the state government already gives 2% reservation to sportspersons.

“The government is recruiting 75,000 people, so 15,00 jobs will go to sportspersons as per the current reservation rules. Now the sportspersons and those who have participated and won in national Olympics and School Federation of India games will also get government jobs,” said Chandna.

He added that chief minister Ashok Gehlot got the bill amended within three months.

“The new service rules will encourage school children and youths to participate in sports activities,” said the minister.

He added that the government will introduce a new Sports Policy in Rajasthan.