The Rajasthan government had recently sought permission from the union ministry of personnel to extend Goyal’s tenure for three months; however the government was waiting for a response till Monday evening.

Jaipur: The Rajasthan government on Monday appointed DG Gupta as the chief secretary of the state. The 1983-batch officer has replaced NC Goyal who headed the state bureaucracy for just four months, the shortest tenure of a chief secretary in the state. Gupta assumed the charge of office at nearly 9 pm. Bureaucrats congratulated him after he took the charge. 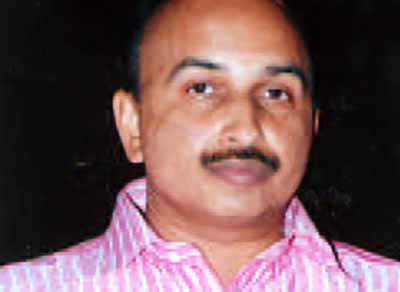 The government had sought permission from the central government to extend the tenure of current chief secretary NC Goyal, but it didn't receive the nod. Gupta was additional chief secretary (ACS), finance. In the seniority list, there were two other IAS officers – Subhash Chandra Garg and Ashok Singhavi. While Garg is currently posted in Delhi, Singhavi’s name had come up in a mining corruption case. For this reason, DB Gupta was the front runner for the top post in the state bureaucracy. The Rajasthan government had recently sought permission from the union ministry of personnel to extend Goyal’s tenure for three months; however the government was waiting for a response till Monday evening. Goyal has been appointed the chief secretary just four months ago. Gupta is a 1983-batch IAS officer. Sources said that senior IAS officer Sanjay Malhotra may replace him as ACS, finance. DG Gupta has worked in the state bureaucracy in various capacities. He had been ACS, infrastructure and PWD and principal secretary, PWD, UDH, Agriculture, Planning, Devasthan and Urban Governance. He has also been JDA commissioner. He will retire in 2020.
Follow @ThePinkcityPost