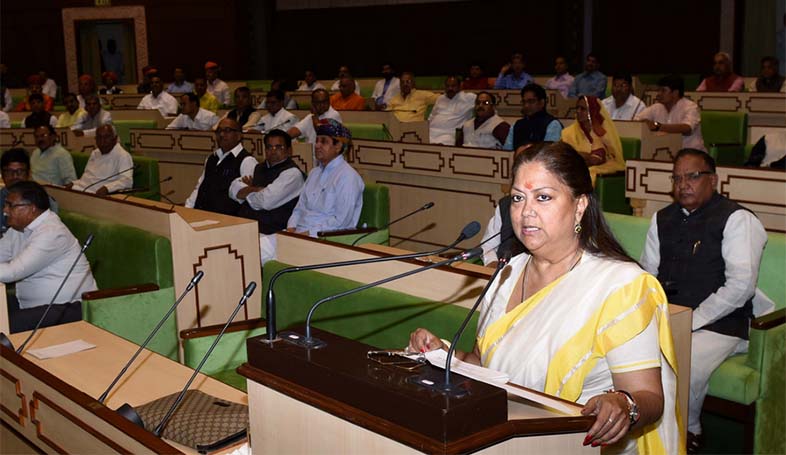 Jaipur: The Rajasthan government has given its nod to Hindustan Petroleum Corporation Limited’s (HPCL’s) new proposal on setting up a refinery in Barmer’s Pachpadra. A new memorandum of understanding (MoU) will be signed between the state government and HPCL in this regard next month. Chief minister Vasundhara Raje made the announcement to this effect in the state assembly on Thursday.

Parliamentary affairs minister Rajendra Singh Rathore said the MoU will be signed in the presence of Prime Minister Narendra Modi. Raje told the assembly that the project cost has increased by Rs 6000 crore, but despite that the financial burden on the state has come down substantially.

The state government will pay HPCL Rs 16845 crore to set up refinery.

United Progressive Alliance Chairperson Sonia Gandhi laid the foundation stone for HPCL refinery and petrochemical complex at Pachpadra in Barmer district. Four years down the line, the company was still struggling to get the project off the ground.

However the BJP government put breaks on the refinery saying the Congress government in Rajasthan had taken the decision in haste before the assembly elections.