A 22-year-old cricketer from Churu in Rajasthan Priya Punia has been selected for the women Indian cricket T-20 team on Friday. She will play against New Zealand in February. 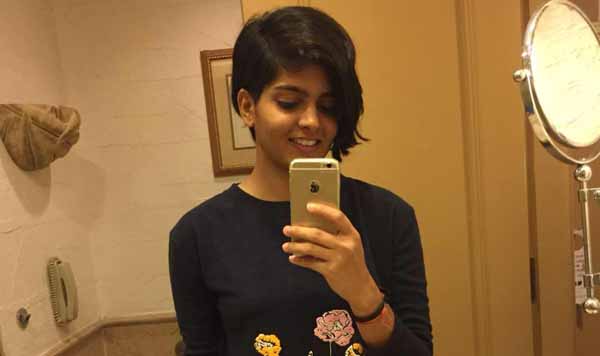 Priya Poonia who was selected in Indian women cricket team. Photo from her Facebook wall.

Jaipur: A 22-year-old cricketer from Churu in Rajasthan Priya Punia has been selected for the women Indian cricket T-20 team on Friday. She will play against New Zealand in February.

Priya took the cricket coaching from the coach Rajkumar Sharma for seven years in Delhi. Rajkumar used to give the cricket training to the captain of Indian cricket team Virat Kohli also.

Priya’s father Surendra Punia is currently the Head Clerk in the Indian Survey Department of Jaipur. He himself played cricket and badminton at the university level. Priya’s brother Rahul also plays cricket.

Surendra made his own cricket ground at Sikar Road in Jaipur after seeing the interest of his children in cricket.

Recently, Priya represented Delhi in the senior women’s one-day championship held in Bangalore and scored 407 runs in 8 matches at an average of 50. She scored 143 runs against Tamil Nadu and 125 against Gujarat.

After seeing her spectacular performance in the match, she was rewarded and joined Indian women’s T20 team. The team will play three T20 matches against New Zealand in February. Priya replaced Veda Krishnamurthy in the T-20I squad.

Priya after her selection into the team said that she had been waiting for this opportunity for a very long time. She will give her one hundred percent on the pitch every time.

Priya used to play Badminton in her childhood. But later she developed an interest in cricket and started her cricket career from Surana Academy of Cricket at an age of 9. She shifted to Delhi with her family after six months of training at Surana Academy. She started practicing cricket with coach Rajkumar Sharma at West Delhi Academy in 2008 and played under-19, under-23 and senior class cricket from Delhi.

Priya graduated in Commerce from Jesus and Mary College of Delhi. She currently lives in Jaipur and has been practicing here for past three years.