Suresh Mishra who was expecting ticket from Sanganer constituency has not been fielded by the party. Pushpendra Bhardwaj will fight the election from Sanganer. 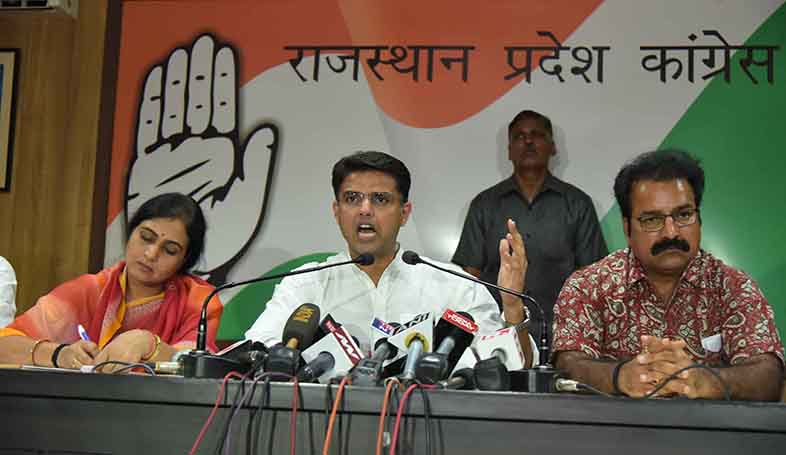 Jaipur:  The Congress has finally released the second list of 32 candidates. A meeting of election screening committee was held in New Delhi. After senior leaders including Ashok Gehlot and Sachin Pilot discussed the names of the candidate, the final nod to the second list was given by the party high command.

Here is the 2nd list of Congress candidates in Rajasthan 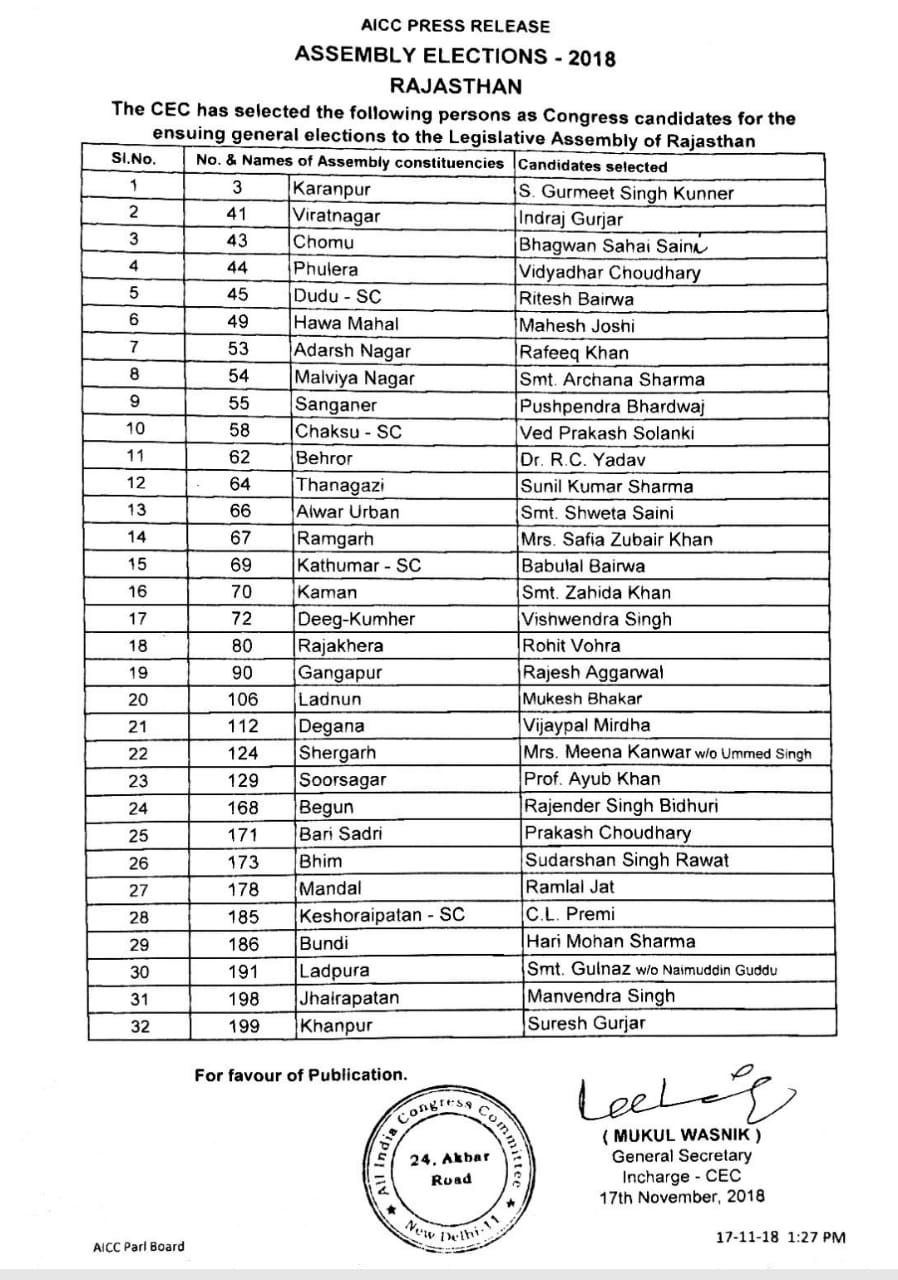 Suresh Mishra who was expecting ticket from Sanganer constituency has not been fielded by the party. Pushpendra Bhardwaj will fight the election from Sanganer.

Mishra had in fact called upon his workers to gather at the returning officer’s office as he said that he was filing nomination even before the Congress came out with the list.

Protests were witnessed at the Pradesh Congress Committee office in Jaipur on Saturday. The supporters of many candidates who didn’t get tickets demonstrated outside the PCC. Some people even barged into the PCC office and ransacked the premises.

Heavy police force was deployed in and outside PCC to control the crowd of protestors.