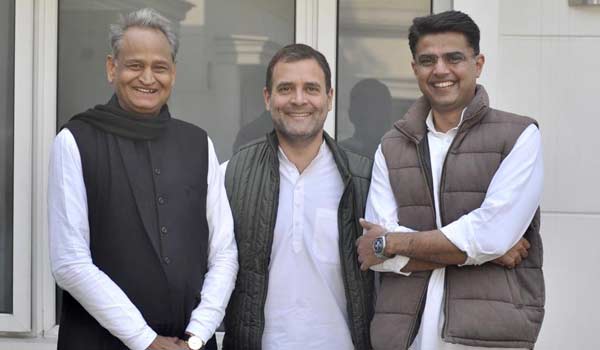 Jaipur: The ruling Congress party on Friday reacted sharply to the Delhi’s police registering an FIR in the alleged phone-tapping case based on a complaint submitted by union minister and senior BJP leader Gajendra Singh Shekhawat.

According to sources, the Delhi police also transferred the probe to its crime branch for further investigation.

The PCC president and senior Congress leader Govind Singh Dotasra while reacting to the news called it a “nautanki” (gimmick) and asked Shekhawat to visit Jaipur to give voice samples to the ACB (Anti-Corruption Bureau) in an alleged case of toppling the state government.

The spectre of the phone-tapping case has been haunting the ruling government for the past several days now even as the Congress refuted the allegations and mounted a counteroffensive against the BJP by accusing the opposition of plotting a conspiracy to topple the government.

Only a few days ago, the matter was hotly debated inside the Rajasthan assembly, where senior Congress leader Shanti Dhariwal dismissed the allegations and claimed the government never ordered any phone-tapping of political leaders of Rajasthan.

However, the BJP’s state leadership has trained their guns on the Congress and alleged widespread misuse of the government machinery in illegal phone-tapping of political stalwarts of the state.

The party demanded a CBI probe into the allegations.

The government, however, was hoping the controversy over the phone-tapping case will eventually subside once the Vidhansabha session was over. But with the Delhi government registering an FIR based on Shekhawat’s complaint, the political tussle is likely to heat up in coming days.