The matter was raised in the assembly by parliamentary affairs minister Rajendra Singh Rathore as soon as the Question Hour ended. 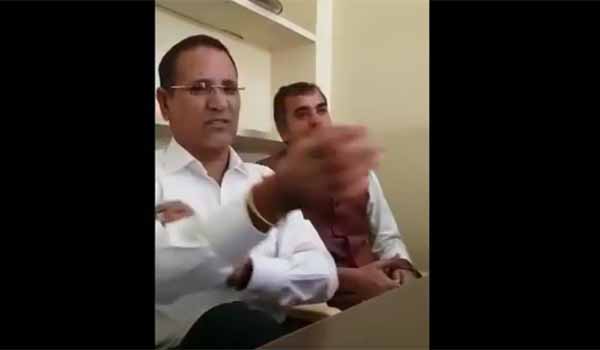 The video in which Ramnarayan Dudi says he placed bets of Rs 3 crore on by-elections results.

Jaipur: The Leader of Opposition Ramnarayan Dudi has landed in soup after a video in which he claims that he placed bets of Rs 3 crore on the results of recently held by-elections to Mandalgarh, Ajmer and Alwar constituencies went viral on social media.

The matter was raised in the state assembly by ruling party MLAs on Friday. The proceedings had to be adjourned with BJP MLAs demanding an explanation from Dudi over the ‘satta’ video. In the video, someone asks Dudi if he was fond of betting. “Are mere to 3 crore rupaye lage hue hain (I have placed bets of Rs 3 crore on the elections),” Dudi says.

The man who asked the question then warns Dudi that all cameras were on and he was being filmed. It silences the politician.

The matter was raised in the assembly by parliamentary affairs minister Rajendra Singh Rathore as soon as the Question Hour ended. He requested Speaker Kailash Meghwal to ask the Opposition to make its stand clear on the video. It lead to an exchange of allegations between the Opposition and the ruling MLAs.

Amid the pandemonium, the assembly was adjourned till 11 am on Monday.

While talking to media persons outside the assembly, Ramnayaran Dudi explained that he was from a village and he doesn’t even know what betting is.

“It’s ploy to defame me. I am a farmer. I don’t know how to bet. I condemn the stand taken by the ruling party’s MLAs,” said Dudi.