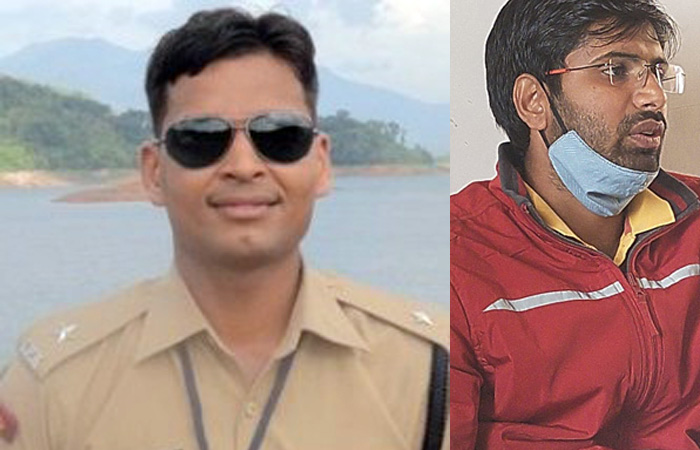 IPS officer Manish Agarwal arrested by ACB (on left). His alleged middleman (on right) is currently in judicial custody

The case is being investigated by Add SP Pushpendra Singh Rathore the supervision of ADG, ACB Dinesh MN.

The charges will be framed against Agarwal and the two others now. The IPS officer was suspended following his arrest.

In lieu of clearing files that authorized handing land acquired for the construction of highways from farmers over to the complainant, the police and administration officials of Dausa district including then SP Manish Agarwal were demanding bribes, the chargesheet statted. The ACB complainant was also promised that if he paid the bribes, he would be able to carry out work uninterrupted. Two SDMs were also arrested in the same case.

Manish Agarwal was called for questioning in the matter on February 2 and was arrested. He was booked under various sections of the Prevention of Corruption Act.