These decisions were taken in a meeting of the state home department presided over by CM Gehlot on Tuesday. 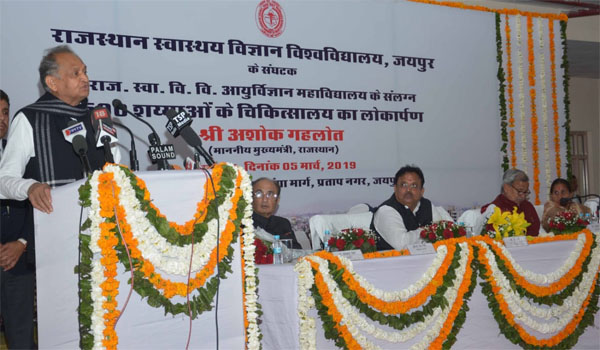 Jaipur: Rajasthan Chief Minister Ashok Gehlot said on Tuesday that the state government will recruit 1000 Sub-inspectors and 10000 constables. The registration of FIRs by the police for any cognizable offense is mandatory otherwise strict action will be taken against the respective police official, said Gehlot. These decisions were taken in a meeting of the state home department presided over by CM Gehlot on Tuesday. Not registering FIRs to keep the crime count/statistics low in the state is a common practice. CM Gehlot said that a complainant can not be denied the right of the registration of an FIR without any concrete reason. The complainant has right to lodge a complaint against non-registration of complaint (FIR) on the portal, if Police decline to register the FIR. The concerned station house officer (SHO) would have to answer for that and would be responsible for a strict action against him. However, it would increase the number of FIRs and it will result in an increase in the burden on the police. It is for this reason that the government has decided to appoint more manpower to handle the work load, added Gehlot. Gehlot increased the police sports fund from Rs 1 crore to Rs 2 crore. Also, constables and head constables will be allowed to investigate small offenses to reduce the load on ASIs, SI, and other senior officers. He said that a total of 40 thousand volunteers from the registered unemployed youths will also be recruited to publicize and coordinate implementation of government policies. They will be given allowance of Rs 4000 and will be able to work for two years.
Follow @ThePinkcityPost