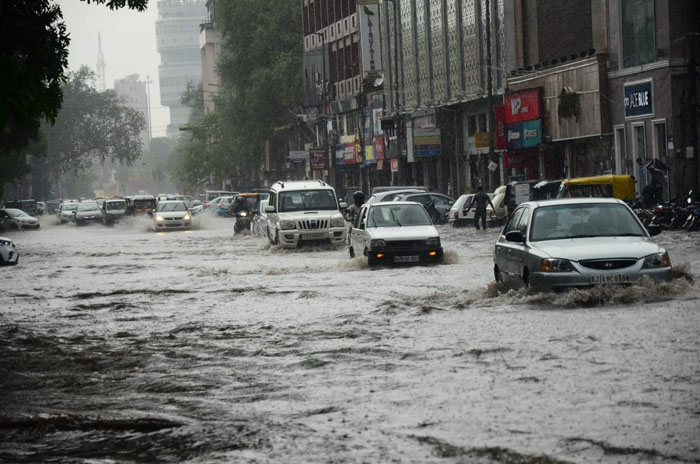 Water clogging in Jaipur due to heavy rains

Jaipur: Many areas reported heavy rainfall in the city for the second consecutive day on Tuesday. Water clogging was reported in several areas, particularly the Walled City markets. In low-lying areas including Khajano Ka Rasta, the roads were flooded due to water clogging. According to Met department, the rainfall will continue in several parts of the state over the next 48 hours.

The city residents woke up to cloudy weather on Sunday. Rains lashed many areas of the city in the afternoon. Some outer areas and nearby villages reported only moderate rainfall. The weather became pleasant in the evening. The temperate dropped by an average of 4 degree Celsius across the state.

Jaipurites usually flock picnic spots of the city including Nahargarh Fort, Nahargarh Biological Park, Jhalana forests and Amer to enjoy the pleasant weather after rainfall, but the coronavirus scare kept them indoors on Tuesday.